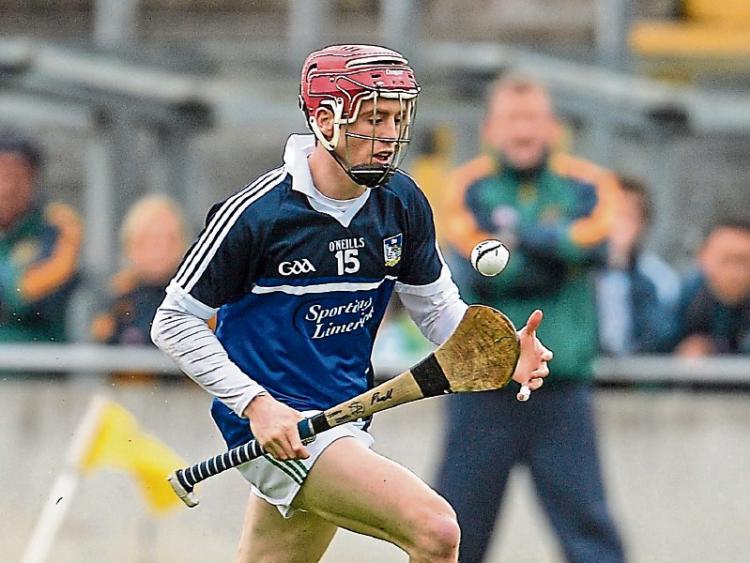 “THE job is only half done and on Sunday we need to finish it off” stresses Patrickswell captain Thomas O’Brien.

Beaten in the Limerick SHC final 12-months ago by eventual All Ireland champions Na Piarsaigh, Patrickswell are back in the final and keen to end a 13 year wait for a Daly Cup win – they play Ballybrown in Sunday’s final at 3.30 in the Gaelic Grounds.

”After getting there last year we couldn’t aim any lower than getting back to the county final and hopefully make up for last year’s defeat,” explained O’Brien.

”We started off slow but we got going towards the end of the year and are delighted to be in the final,” said O’Brien, who will be joined in the attack by brothers Seanie and Kevin.

“We were fierce disappointed coming off the field last year after losing, especially with some confusion. But that is done and dusted now and we are delighted to be back because that was the aim to get back to the final anyway possible.”

He added: “We have nothing won - winning a semi final means nothing unless we go and finish the job on Sunday".

O’Brien insists that there is no burden of history.

“That might have been a weight on the shoulders of fellas going back years but not anymore. This is a completely new group of players and whatever happened in the past doesn’t matter.”

O’Brien explains: “18 titles is great but right now 2016 is the most important one”.

“Around the club there are high expectations which is good but regards the players we don’t think too much about it or listen to people too much.”

Just Barry Foley and Brian Murray have winners medals in the Patrickswell team since the last ‘Well win in 2003.

”The good players were finishing off in the early 2000s and the young players coming through were that bit too young but last year getting to the final has stood to us,” said O’Brien.

”We are just focusing on 60-minutes of hurling – it would be absolutely brilliant - there is such a strong history in the club.”

The bookies have Patrickswell as favourites but O’Brien insists nothing will be taken for granted.

”Both teams want this 100% as does any team that gets to a final - it’s going to be hectic and intense and whoever wants it more will come out on top. On the day anything can happen and I think it’s going to be a deadly game with every ball fought for,” he outlined.

”It’s a cliche but every game is only a game of 60-minutes of hurling and every team from the quarter final on there is only a puck of the ball between them – it’s going to be very tough. A ding-dong battle and it’s 50-50 in my opinion.”

He added: “Experience might have got us to the final but finals take on a life of their own and anything can happen”.

“When it’s knockout there is a different cut to the games.”