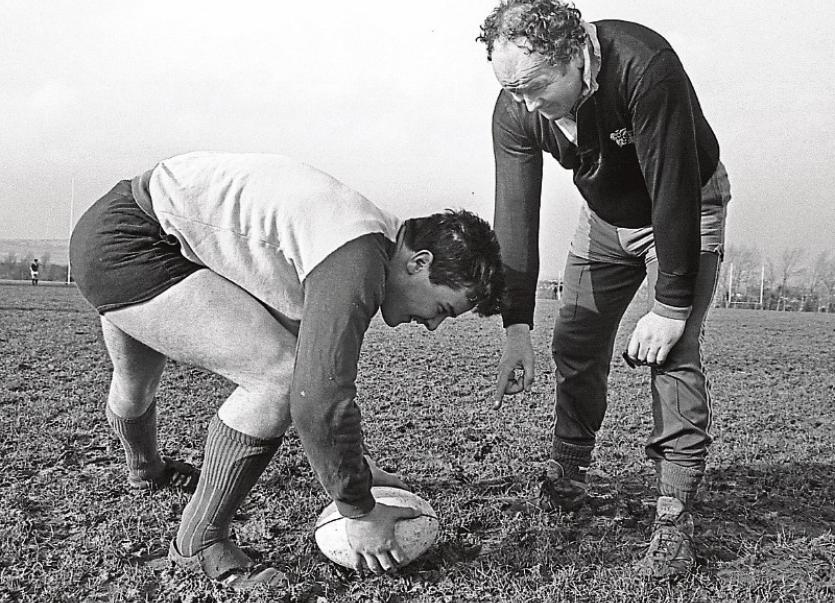 ONE of Anthony Foley’s former teachers and rugby coaches at St Munchin’s College said ‘his football intelligence made him a cut above’ at Munster Schools Cup level.

Anthony Foley captained St Munchin’s to a Munster Schools Junior Cup success in 1989 and was hugely influential in helping the Corbally side reach two Senior Cup finals in subsequent years.

Pat Cross, who taught the late Anthony Foley science at St Munchin’s and also coached him as Senior Cup level said: ”Anthony captained the school to win the Junior Cup in 1989. Three years later, we got to the final of the Senior Cup and I was backs coach. It wasn’t a vintage side, but Anthony just carried us the whole way to the final.

“We beat CBC in the semi-final who had been hot favourites. Anthony practically beat them on his own. It was the best game I saw an individual play at schools level.

“We lost to Pres’, coached by Declan Kidney in the final. Anthony had scored something like 24 tries that season, between friendlies and Cup matches from the number eight position.

“He was very big, poweful, athletic and very intelligent footballer. He had a great sense of where to be and what to do all the time.

“The school community as well as people outside of it are very, very upset by the news that broke on Sunday lunchtime. To lose someone so young in such circumstances is such a shock. Our thoughts are with his family at this very difficult time.”

St Munchin’s College principal Dave Quilter said everyone at the school were devastated by the sudden death of Anthony Foley.

Devastation and shock is the only way to describe it,” Dave Quilter said

“Anthony was a great stalwart, an absolute legend. From our point of view at St Munchin’s, he remained so involved at the school over the years and was constantly back at the college, giving team talks. His father Brendan coached rugby here as well.

“Anthony went on to play for both Munster and Ireland Schools as well.

“When we re-opening of the new school after the refurbishment in 2014 he was one of our main guests on the day as well.

“He was always at the end of a phone call, always available to come in to us. Anthony was a complete gentleman, quiet and unassuming, but had a lovely way about him.

“He had a great way of talking to the players. He was probably more comfortable talking in the team meeting situation that he was in the staff room meeting his old teachers.

“The whole country is devastated by the news. He was so young.”