Blow for Munster as James Cronin banned for four weeks 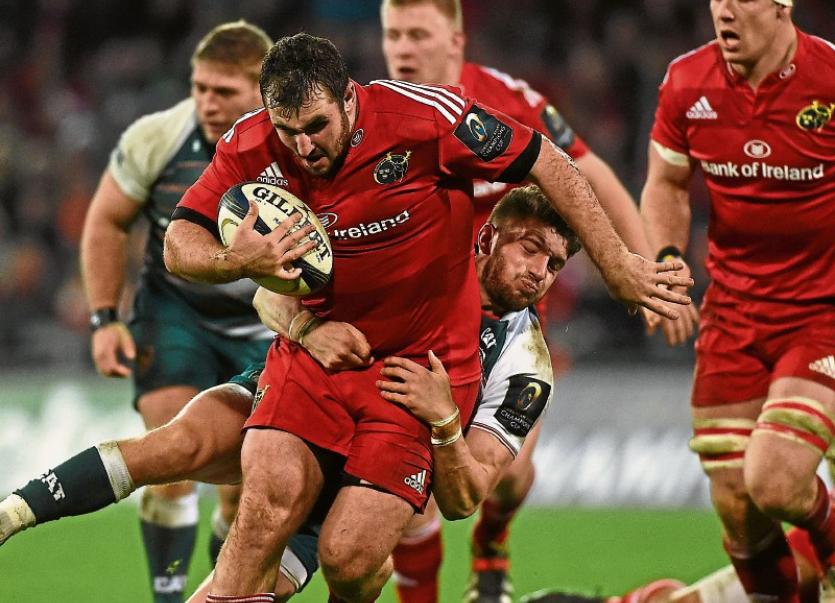 MUNSTER prop James Cronin has been given a four-week ban for stamping and will miss the opening two rounds of this season’s European Champions Cup.

Cronin was cited under Law 10.4 (b) for his actions in the 73rd minute of Munster’s loss to Leinster at the Aviva Stadium last weekend.

At Wednesday’s disciplinary hearing, chaired by Scotland’s Rod McKenzie, it was ruled that the prop had warranted a red card for recklessly stamping on the head of Leinster scrum-half Jamison Gibson-Park.

The incident was adjudged to be at the mid-range level of seriousness, which has an entry point punishment of a five-week suspension. A statement says that ban was reduced ‘due to mitigating circumstances’ by one week.

Cronin’s suspension will run until November 7, meaning he will not be eligible to play in Munster’s opening Champions Cup ties against Racing Metro and Glasgow Warriors or the subsequent Pro12 fixtures away to Ulster and at home to Ospreys.