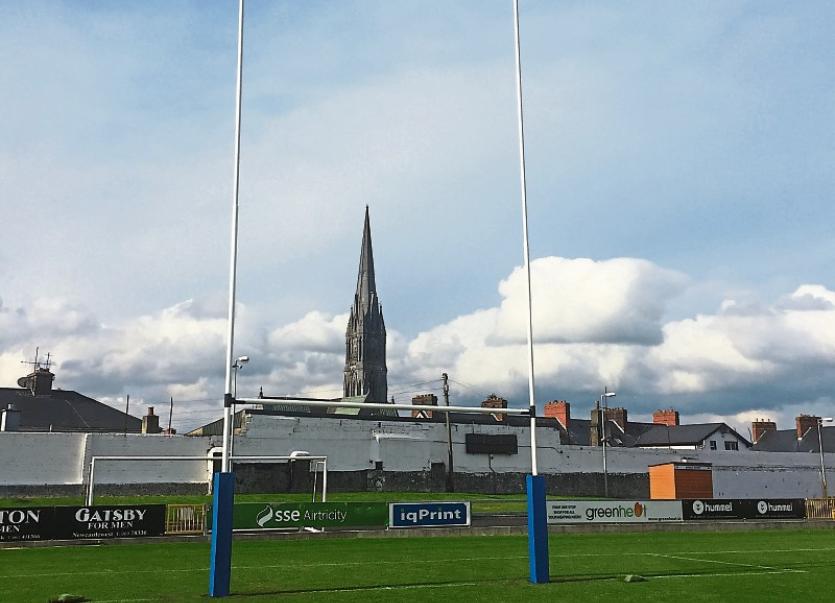 RUGBY goalposts made an appearance in Markets Field for the first time in 58 years this Tuesday ahead of the famed Garryowen venue hosting a prestigious rugby fixture later this month.

The Markets Field will host its first rugby fixture in 58 years on Friday, October 21, at 7.30pm when holders Young Munster go head-to-head with Garryowen in the Sporting Limerick Charity Cup final.

It will be the 92nd time that this prestigious cup has been played for and it is fitting that two of the competition's most successful clubs are vying for the title.

The city centre venue, which served as home to Garryowen FC from their foundation until their relocation to Dooradoyle in the late 1950s, has long connections to the oval ball game having hosted matches back to the 1880s and welcomed the famous Dave Gallaher led All-Blacks to play Munster on November 28, 1905.

Welcoming the fixture, North Munster Rugby Chairman Ger Malone said that it was ‘timely and fitting’ that the game would return to a ‘venue so steeped in Munster Rugby history.’

In welcoming rugby back to Markets Field, stadium owners LEDP (Limerick Enterprise Development Partnership) see the event as being a further step in the recognition of the venue as a multi-sport facility for the people of Limerick. Sporting Limerick are also proud to be associated with this initiative.

Garryowen accounted for Old Crescent and Shannon on their way to the final with Young Munster defeating Nenagh Ormond. Both sides have won two and lost two in Division 1A of the All Ireland League so far this season.

The Limerick Charity Cup was introduced as the Hospital Cup by Garryowen's Jack O'Sullivan in 1924 with the aim to raise funds for Barrington and St. John's Hospital in Limerick.

A dynamic character, O’Sullivan was a founder playing member of Garryowen FC, going on to play for Munster and winning two Irish caps. He also won five Munster Senior Cup medals and later became president of Garryowen, the Munster Branch and the IRFU.

He was also responsible for bringing the first international game to Limerick in the late 1800s, with Ireland playing Wales on that occasion.

The name of the competition changed five years after it was introduced as other charities became involved.