Munster sweat on Cronin for Paris trip after citing 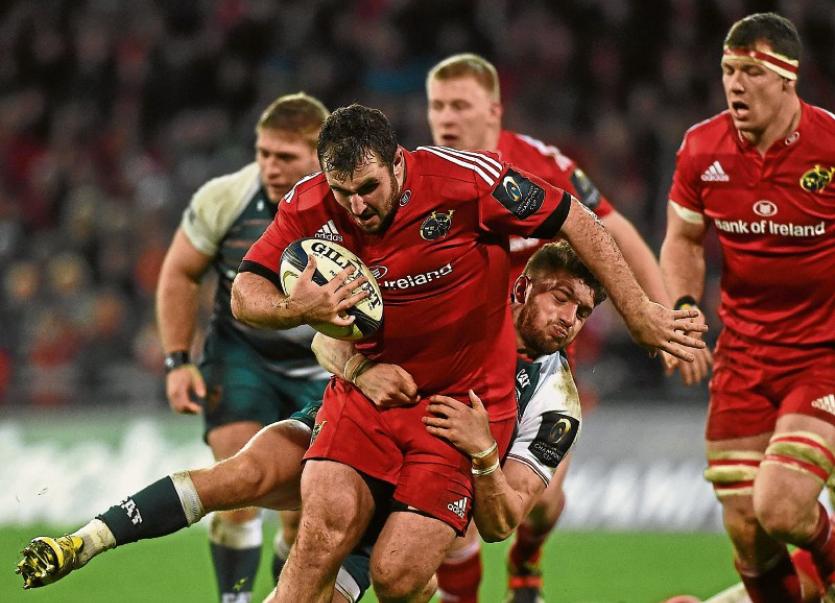 MUNSTER prop James Cronin has been cited for an alleged stamp on Leinster scrum-half Jamison Gibson-Park during the provinces Guinness Pro12 clash at the Aviva Stadium on Saturday.

Cronin is to appear before a disciplinary hearing in Glasgow on tomorrow, Wednesday, as a result.

Munster are sweating on Cronin’s availability ahead of the opening two rounds of the European Champions Cup, kicking-off with Sunday’s daunting trip to Paris to face French champions Racing 92.

A statement from the Guinness Pro12 confirmed: "James Cronin, front row (No 17), for Munster Rugby has been cited by the Citing Commissioner in charge for alleged foul play in the 73rd minute against a Leinster player under Law 10.4 (b) – Stamping on an Opponent.”

Meanwhile, Munster have confirmed that Keith Earls and Dave Kilcoyne will follow return to play protocols this week for concussions sustained in the defeat to Leinster on Saturday.

Scrum-half Cathal Sheridan sustained a leg fracture in UL-Bohs' AIL Division 1B win over Galwegians and is awaiting a specialist opinion.

Sheridan, who had finished with Munster last May, had just rejoined the province last week in a short-term capacity.

Colm O'Shea is another waiting on a specialist opinion after picking up a knee injury in Clontarf's AIL 1A win over Garryowen.

Prop John Andress did not train on Monday and will continue his treatment with the Munster medical team for a knee injury sustained in Shannon's AIL 1B loss to Nass.