Limerick FC captain Duggan: "It's a proud moment for everyone" 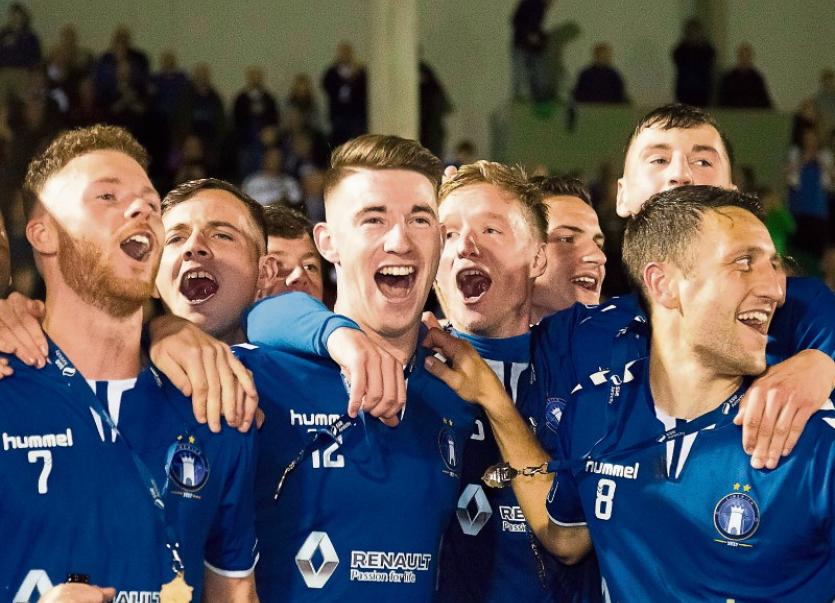 LIMERICK FC captain Shane Duggan is already looking ahead to Premier Division football next season after his side lifted the SSE Airtricity League First Division trophy following a 2-1 over Drogheda United at Markets Field on Saturday.

“It was fantastic to pick up the trophy in front of our fans. It has been a long time coming,” Duggan said.

“We have known we were champions for the last few weeks but to lift in front of that crowd is fantastic. To get the win as well against a team that were also look for promotion topped off the night.”

The midfielder admitted that his side have not been at their best in the last couple of weeks and that they were really up for the challenge that Drogheda brought.

“We wanted to put on a bit of a show. We weren’t at our best in the last couple of weeks and we wanted to prove to everybody that we weren’t just seeing out the season.

“We were fairly dominant and could have had a few more goals before Chrissy (Mulhall) was sent off. It was a good performance.

Duggan had suitors when Limerick FC were relegated from the Premier last season but he opted to stick with his home club.

“It was a very proud moment for myself and all the lads really but especially for the lads that stayed.

“We knuckled down and put in the hard work to bring the club back up to where it belongs.

He also paid tribute to the Limerick FC fans saying: “They’re fantastic. We try every week to entertain them and I think we have this season we have.

“Since we came back to the Markets Field they have been top notch and hopefully they will keep coming out in their numbers next season as well.”