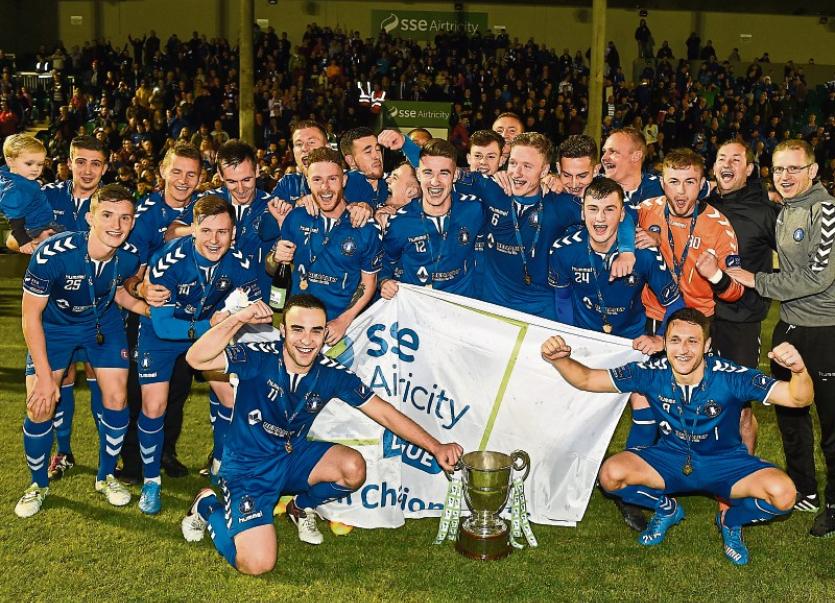 First half goals from Paul O’Conor and Robbie Williams were enough for a Limerick side that were forced to play with 10 men for the second half after striker Chris Mulhall was sent off.

Drogheda did get a goal back on 84 minutes from Sean Thornton but then had their captain Sean Brennan red carded for a wild tackle 90 seconds later.

Limerick produced some superb football in the first half and could have bagged a couple of more goals before Mulhall’s sending off.

Shane Duggan and Paul O’Conor dominated the midfield exchanges while Aaron Greene and Shane Tracy were a constant threat down the left hand side.

The Super Blues supporters were in full voice from start to finish on Saturday night when Shane Duggan finally raised the First Division league trophy to joyous scenes.