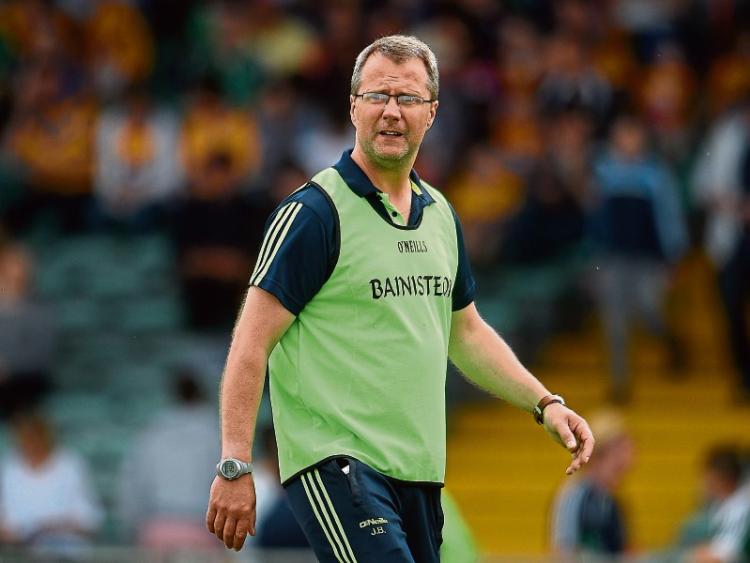 THE wait for a new Limerick senior football manager won’t come to an end at Tuesday’s October County Board meeting.

It was hoped that a proposed candidate to replace John Brudair would be ready for ratification at the Claughaun meeting but it now appears that the deliberations of the six-man Management Selection Committee are on-going.

The elevation of Kiely to the senior role necessitated a new U-21 hurling manager.

While Declan Brouder is to continue as Limerick U-21 football manager a new backroom team is to be unveiled.

It is understood that the senior, U-21 and minor football managements will be all proposed at the same meeting.

That meeting is now likely to be an extra County Board meeting in the month of November, which is usually free.

The new minor football management is to be sourced by the Under Football Academy Implementation Group, which is headed-up by Muiris Gavin, along with John Cregan, Colette O’Grady, Gerry Philips and Mike O’Riordan.