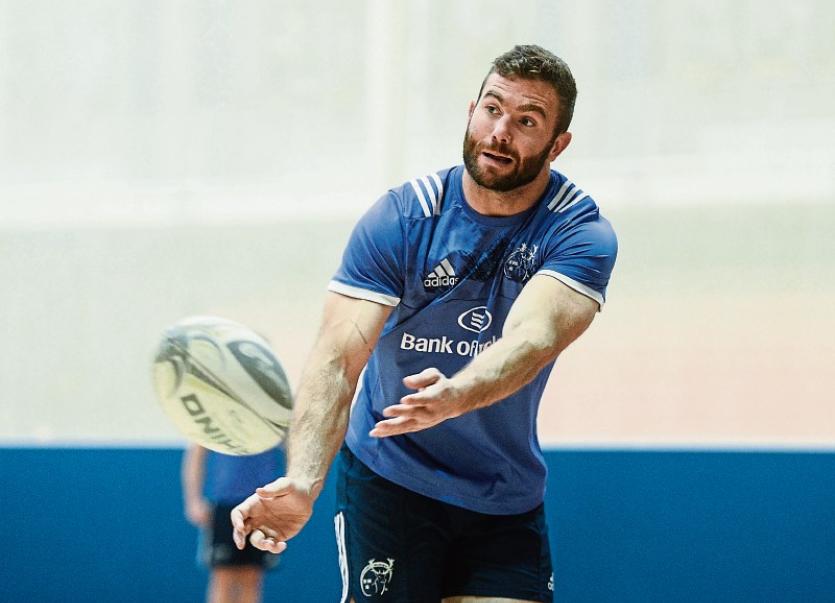 Second-placed Munster sit one place and one point in the Pro12 table ahead of arch rivals Leinster in Saturday's Round 6 clash at the Aviva Stadium, 2.05pm.

Former Leinster and Ireland second-row Neil Francis said this week that the main ingredient that sustains the meetings of Munster and Leinster is hatred. However, Foley disagrees.

Foley said: “I don’t know, if you go up to Carton House (Ireland camp on Monday) I guarantee you you’d see Munster and Leinster fellas sitting down having a cup of coffee together, having a bit of craic, sharing a joke and talking about the weekend.

“I don’t think within sport you have that level of hatred. I think when fellas tog out with each other, are used to relying on each other and then tog out on the park there is a mutual respect there between both sides that they want to show how good they are against one another and make sure that fellas want to play with them.”

Foley insists he is enjoying his changed role at Munster since the arrival of the province's first Director of Rugby, Rassie Erasmus during the summer.

Foley said: “Yeah, I'm enjoying it. I'm looking forward to the weekends and getting out and seeing the boys play.

It's great, having other voices around the place who have different opinions is brilliant and hopefully it's helping and will continue to.

Foley agreed that preparing for Saturday's game against rivals such as Leinster, who they know so well, brings its own challenges.

Foley said: “It's difficult, but you always have something up your sleeve. It's about possession, it's about using the ball and making your ball faster than their ball and playing on the front-foot.

“They'll be trying to slow down our ball and we'll do the same to theirs. If we can manage both sides of that and come out on top you have a chance to win the game.”

Munster go into Saturday's derby on the back of two bonus point wins over Edinburgh and Zebre.

Leinster and Munster have met on eight previous occasions at the Aviva Stadium in the PRO12 with Leinster winning sevent times, including the 2001/02 final.

Munster suffered a dramatic 16-13 loss to Leinster at the Aviva Stadium last April.