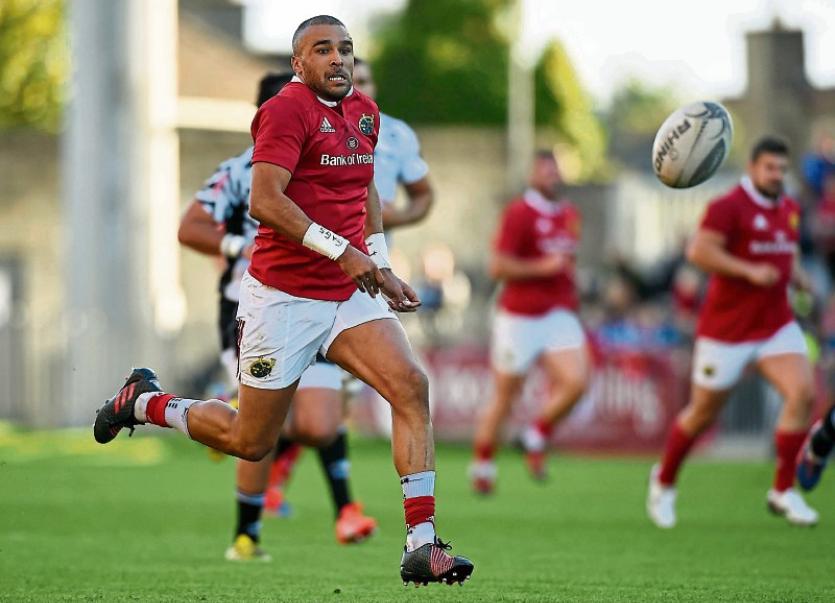 Munster made it four wins from five in the Guinness Pro12 this season after thumping Zebre 49-5 before a sparse attendance at Thomond Park on Saturday.

Zebo scored one of Munster’s seven tries on his first appearance for the province since recovering from a rib injury sustained at the start of the season against the Scarlets.

Zebo said: “Confidence is high. We’ve got the momentum we wanted going into the game (after two bonus point wins) and you know it’s three big weeks coming up.

“Our attention shifts now to Leinster and it’s going to be a bigger and harder task, but one we are very excited for.

“I can’t wait for next weekend’s game at the Aviva Stadium, looking forward to it, fingers crossed if I’m selected.

“I’ll be chomping at the bit to get out there and hopefully we’ll get some similar weather and conditions to here at Thomond Park this evening and we can show some of the things we showed today.

“I have my injuries behind me which is the main thing. I am feeling fresh and feeling fast. That is all good, so confidence is high

“Leinster have a lot of internationals in their side as well as quite a good few young players coming through now as well who are pushing their senior players hard, so they have a lot of strength in depth.”

While best known as a left wing, Zebo has been deployed at full-back by Munster in more recent times. The twenty six-year-old insists he doesn’t mind where he plays.

“I don’t mind, to be honest. They are slightly different roles, but nothing too major. As long as I am on the field I am happy.

“There is a bit more space at full-back to attack which I like. Obviously, I have played on the wing all my life, so I am comfortable there too.”