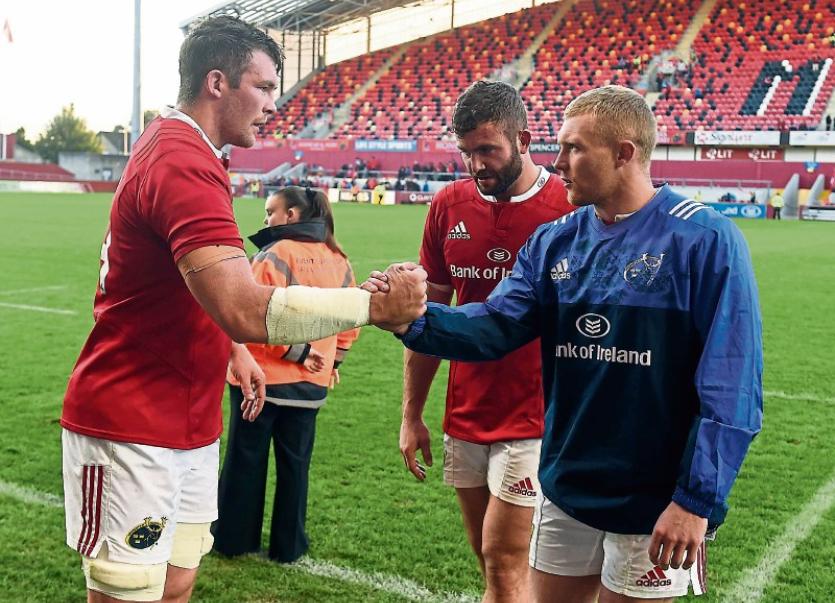 CLINICAL Munster racked up seven tries in a 49-5 demolition of an outclassed Zebre side in their one-sided Guinness Pro12 clash at Thomond Park on Saturday evening.

Munster had the try bonus point in safe-keeping by half-time after scoring four tries in the opening half and three more touchdowns in the second period saw the home side make it four wins in five in the league this season.

All seven tries were converted, four from New Zealand out-half Tyler Bleyendaal and the three in the second period from replacement Ian Keatley.

A very satisfying night for Munster's Director of Rugby Rassie Erasmus also included a return to action after a 12-month lay-off for a serious knee injury for Munster and Ireland back-rower Peter O'Mahony.

O'Mahony was sprung from the bench for the final 20 minutes and received a huge ovation from the home supporters on his long-awaited return to action having been injured played for Ireland at last autumn's World Cup.

Munster’s tries came courtesy of CJ Stander (2), Man of the Match Darren Sweetnam, Conor Murray, his third in two games, Simon Zebo and Stephen Archer, while the home side was also awarded a penalty try.

The game also saw Donnacha Ryan make his 150th appearance for the province.

While the official attendance was given as 11,737, including season tickets, the actual attendance inside the ground was probably closer to 4,000.