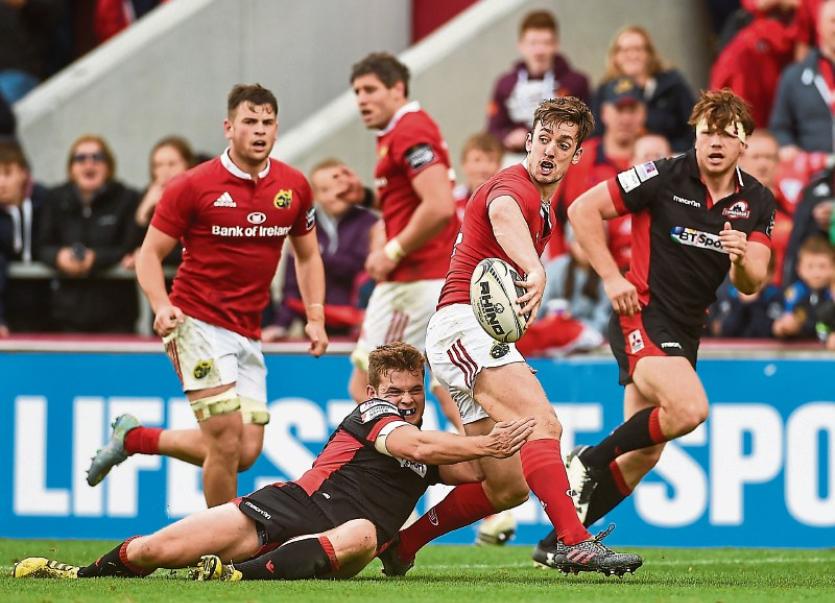 MUNSTER make a quick return to Thomond Park this Saturday, 5pm, to face Italian side Zebre in the Guinness Pro12.

Rassie Erasmus’ side made it three wins from four in the league when scoring a 28-14 bonus point victory over Edinburgh at Thomond Park last weekend.

Munster currently sit in fifth place in the Pro12, edged out for fourth place by local rivals Leinster on points difference.

Munster captain Billy Holland said Munster must be more accurate and clinical with key fixtures to come against Leinster and the two European Champions Cup fixtures against Glasgow Warriors and Racing 92.

Holland said: ”It comes around very quickly. We’ve been good so far this season, but we haven’t got to the level we need to get to.

”The intent has been there, so too has the workrate bar times in the Cardiff game which wasn’t acceptable.

”We need to be more accurate and clinical against tier one sides such as Leinster and in Europe.

”You won’t get away with some of the mistakes we are making at the moment. Look, we made one mistake on the half-way line at the breakdown and Edinburgh got seven points out of it.

“We got to eradicate those things from the game. I feel we are heading in the right direction.

”There is a small upward curve. It is nothing drastic, but I think we are heading in the right direction. We’re under no illusions of the work we have to do over the next month.”

While the official attendance at Munster’s clash with Edinburgh was given as 12,826, the actual number of fans inside the stadium was closer to 8,000 with a few thousand season ticket holders opting to stay away.