Munster National at Limerick to honour memory of JT McNamara 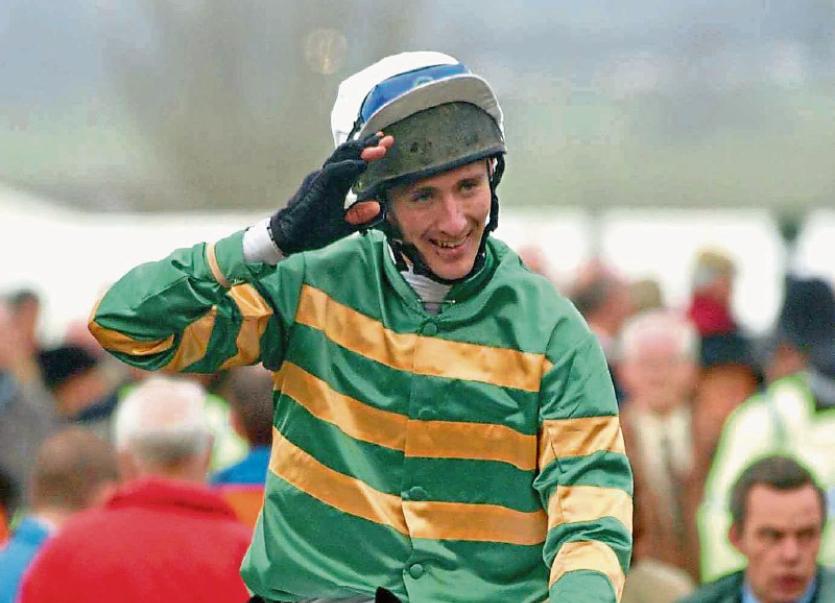 THE Ladbrokes Munster National, to be run at Limerick Racecourse on Sunday, October 9, has been renamed to honour the memory of the late John Thomas McNamara.

The €100,000 event will be run to commemorate legendary Limerick amateur rider McNamara, from Croom, who partnered 602 winners on the point-to-point circuit alone, but whose considerable talent reached a much wider audience with his many high-profile wins on the racecourse, particularly at Punchestown and Cheltenham, in a long and successful career.

McNamara enjoyed tremendous success in the saddle and was long associated with locally-based trainer Enda Bolger and owner JP McManus. He won the La Touche Cup at the Punchestown Festival on four occasions, on the great Risk Of Thunder in 2002 and Spot Thedifference in 2004 and 2007 and most recently on L’Ami in 2010. Spot Thedifference also gave him one of four Cheltenham Festival winners.

The pair landed the inaugural running of the Cross Country Chase in 2005 but McNamara’s first Festival winner had come three years earlier on the Jonjo O’Neill-trained Rith Dubh in the National Hunt Chase.

He won the Foxhunter Chase on Drombeag, another trained by O’Neill, and won the National Hunt Chase for a second time on Rebecca Curtis’ Teaforthree in 2012. In all, he rode 16 winners at Cheltenham racecourse.

Lord Scoundrel and Wrath Of Titans, two big winners for Gordon Elliott in recent months, head an entry of 36 horses for the 2016 Ladbrokes Munster National at Greenmount Park.

Paul Nicholls was successful with the Ruby Walsh-ridden Dear Villez in 2008 and he has entered Vivaldi Collonges (11st 6lbs). Noel Meade is a three-time winner and he has made three entries, headed by Tulsa Jack on 10st 2lbs.

A local trainer on the roll of honour is Eric McNamara who trained Kaselectric to win in 1999. He has entered both Dare To Endeavour and Sir Harry Cash who have been allotted 10st and 8st 8lbs at this stage.

“John Thomas, a native of Croom, will forever be fondly renowned as one of the greatest horsemen of all time after his passing in July. A highly regarded and well respected amateur jockey, John Thomas was a man with a phenomenal talent which he combined with extraordinary determination and incredible bravery to enjoy success at the highest levels.