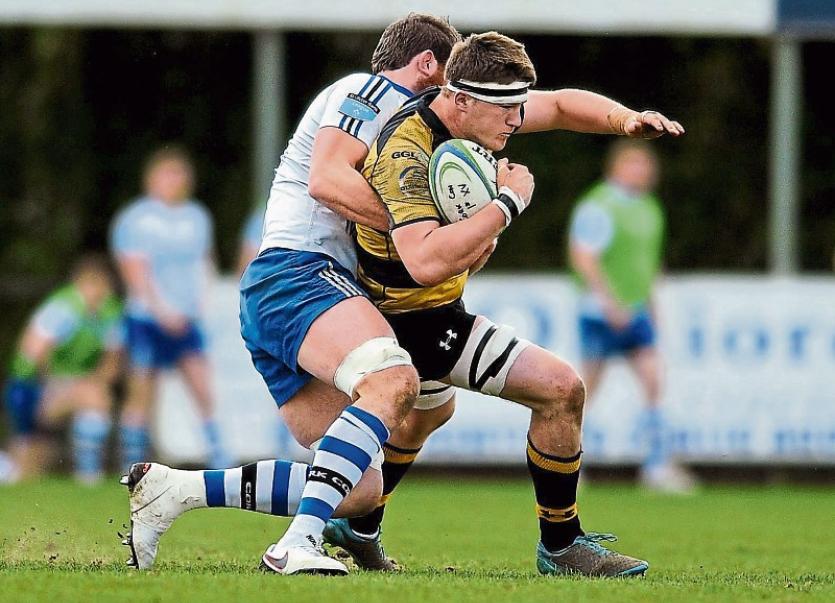 THERE were wins for Young Munster, Garryowen and UL-Bohemian, while Old Crescent secured a draw, on an improved weekend for Limerick sides in the Ulster Bank League.

Munsters’ moved up to second place in the Division 1A table after scoring an excellent 37-15 bonus point victory away to Cork Constitution, while also in the top flight Garryowen also scored their first win, a gritty 13-11 success away to Old Belvedere.

In Division 1B, table toppers UL-Bohemian scored their second bonus point victory when recording an exciting 38-22 bonus point win over Ballynahinch on the 4G rugby pitch at UL.

In the same division, Shannon are still searching for their first win of the campaign after succumbing 27-3 to Buccaneers at Dubarry Park.

In Division 2B, promoted Old Crescent collected two valuable points in their 16-16 draw away to MU Barnhall. Meanwhile, also in 2B, Thomond suffered a 49-10 thumping at home to free-scoring Bective Rangers.

Meanwhile, in 2C, Bruff are still searching for their first win of the campaign after going down 16-35 at home to Midleton.

Gearoid Prendergast’s side claimed a maximum five-point haul with Munster back-rower Robin Copeland helping himself to a brace of tries, while Alan Kennedy and Rob Guerin also touched down with the visitors being awarded a penalty try for good measure.

Andrew O’Byrne scored a try for Conan Doyle’s men, while Neil Cronin kicked two penalties and a conversion in a hard-earned win.

The Annacotty side, which led 18-7 at half-time, notched six tries in all with Jamie McNamara grabbing two and Brian Walsh, Robbie Bourke, James Ryan and Finbar Aherne also touching down. Bourke also kicked two penalties and a conversion in the 16-point win.

Shannon sit second from bottom in 1B after their 24-point loss at Dubarry Park. Marcus Horan’s men, who shipped four tries, managed just one penalty goal in reply from Conor Fitzgerald.

In 2B, Old Crescent fought back from a 13-0 deficit after half an hour to froce a draw.

The Rosbrien side trailed 13-5 at half-time with their try coming from Val McDermott. Shane O’Brien added two second half penalties while, a Cathal O’Reilly try on 78 minutes secured the two points on offer for a draw.

In the same division, Thomond, despite an early Dean O’Brien try, trailed Bective Rangers 17-5 at half-time.

A strong Bective side stormed clear in the second half bringing their try tally for the game to seven, while Dermot Fitzgerald dotted down for the Limerick side.

In Division 2C, Bruff trailed Midleton 14-9 at the break with the home side’s points coming from three David O’Grady penalties.

The East Cork side outscored their hosts 21-7 after the break to ease to victory. Bruff sit bottom of the table on a single point after two games.