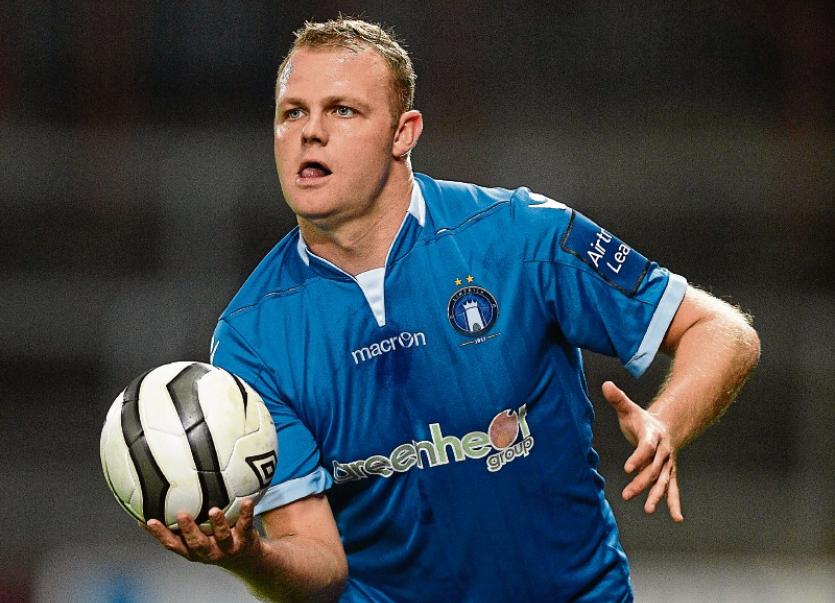 CHAMPIONS Limerick FC maintained their unbeaten record in the SSE Airtricity League First Division after a Robbie Williams volley eight minutes from time was enough to earn the Blues a 1-1 draw with Shelbourne on Friday evening.

Tolka Park has, at least in the past, played host to some of the most dramatic Limerick games.

This particular encounter would have a talking point even before the team emerged from the tunnel as joint top scorer John O'Flynn didn't make it through the warm-up.

He was replaced by joint First Division top scorer Chris Mulhall, with the Portlaoise native getting first stab at separating from both O'Flynn himself and Aaron Greene atop the goal-scoring charts.

Limerick were far from their sharpest from the off - being sloppy in possession and playing at a snail's pace. Shels hit the crossbar twice in the opening half hour, but were undone by a sloppy piece of defending by Paudie O'Connor. Adam Evans benefitted from the centre half's mistake and shot well past Hall after 23 minutes.

In a second half that saw Limerick make more of a statement than an effort, the equalising goal did eventually arrive in the 82nd minute when Shels failed to clear from a corner. The ball teed up in the air and Robbie Williams smashed home with a right-footed volley.

Limerick have now just four league games remaining in their quest to go through the First Division unbeaten.