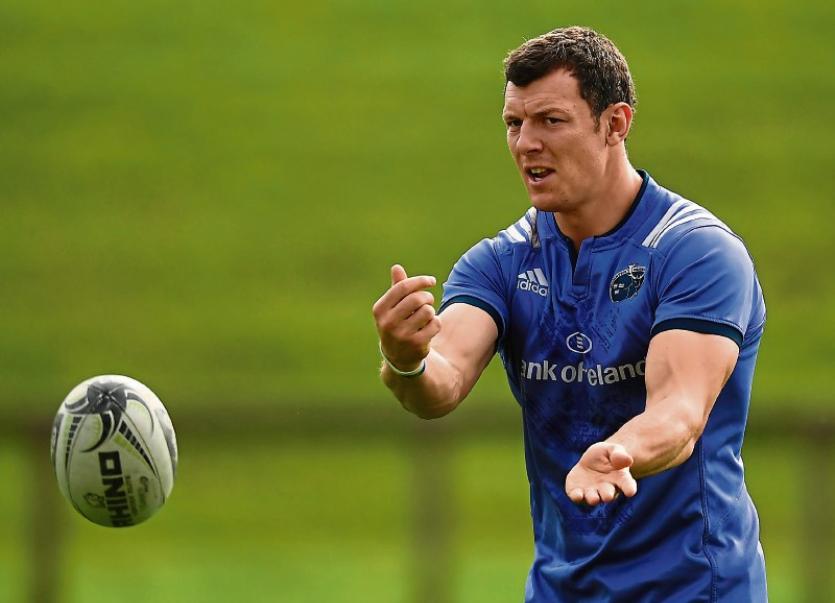 MUNSTER back-row forward Robin Copeland is looking to kick-on from an injury disrupted pre-season after featuring for Young Munster in the Ulster Bank League last weekend.

Copeland made his debut for Munsters’ at number eight in their dramatic 36-35 AIL opening day defeat to Old Belvedere at Clifford Park on Saturday.

It was Copeland’s first appearance in the league since lining out for St Mary’s College ‘six or seven years’  ago.

Copeland told the Limerick Leader: "I have had three or four injuries in pre-season which has been pretty frustrating. I missed over two months of pre-season.

”It has been a bit of a frustrating and scrappy start. It is great to come in and get some game time under the belt, even just make some mistakes and have something to work on.

"I will take it as it comes. won't get down on anything. Obviously, this is not exactly where I want to be, but if I am here (with Young Munster) I am going to give it my all and that is all either club can ask for.

"As long as I can keep working hard and showing what I can do, put everything I have into it. Either I have what it takes or I don't. I think I have it."

Copeland was lavish in his praise of the dedication the Young Munster players showed in Saturday’s league opener.

"It is great to come back into a club like that and see lads put their hearts on the line. The lads were out on their feet - I was out on my feet.

"Lads were around getting up, trying to get me up and stuff. I thought 'oh my God, these lads are well together', a proper club, a proper team.

“This is a great squad, a great bunch of lads. We just cut out the errors and it would be a serious outfit.

"For amateur players - I have the luxury to know come game day my body is going to be in the best place because my week with Munster is built towards that.

"These lads have jobs and stuff. To come out and perform the way they do at the level they do is incredible. Fair dues to them, the lads are in great shape and they are putting every ounce they have into it.”

Twenty eight-year-old Copeland is part of a fierce battle for starting places in the Munster back-row along with the likes of CJ Stander, Tommy O’Donnell, the soon-to-be-fit Peter O’Mahony, Jack O’Donoghue and Dave O’Callaghan.

Copeland said: "Back-row is always competitive. That is why we are there, we are competitive players. We want to be the best. Everyone is fighting for that position.

Copeland, who has played 38 times with Munster, enjoyed his first run out in the black and amber of Young Munster.

”We made a lot of mistakes, silly passes, conceded a lot of penalties. There was some great stuff there too. This is a great squad, a great bunch of lads. We just cut out the errors and it would be a serious outfit.”

Copeland said he loves the style of play new coaches Rassie Erasmus and Jacques Nienaber have introduced this season.

"It has been hugely different since Rassie (Erasmus) and Jacques Nienaber arrived. They are great coaches. I love the style of play they are trying to bring. They really know their stuff.

"They have a game plan and they expect you to stick to it. They are fantastic. They will do very well this year. If we can stay relatively injury free and get a good run at it, once we learn the systems inside out, the coaches will assist the players in the best way possible.”