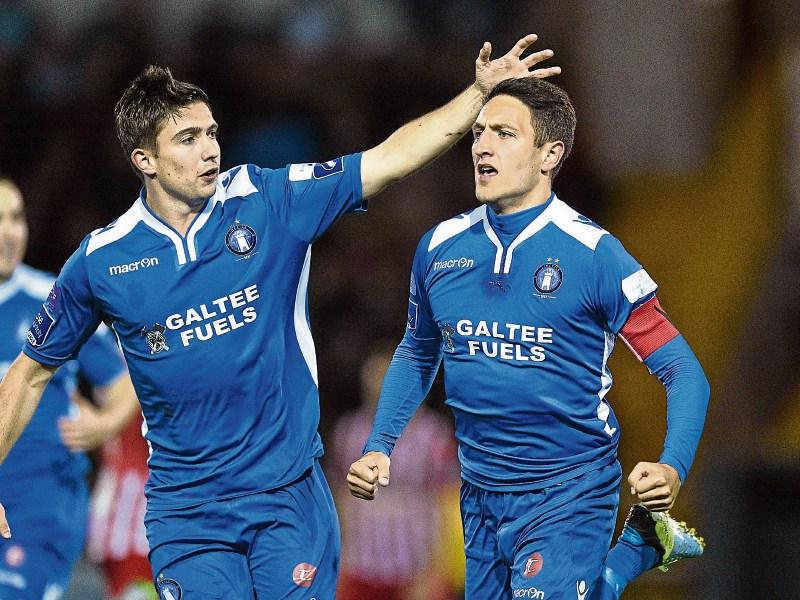 Limerick are seen as a big club in this country now because of their apparent financial stability.

Don't be fooled into thinking they can compete with the Shamrock Rovers and Shelbournes in terms of prestige. You do that by adding to your honours list. This EA Sports Cup final is huge for Limerick on two fronts: enhancing their reputation within the league, and winning the hearts of the Limerick public. Saturday is ten times bigger than the Finn Harps relegation playoff game, in retrospect.

Five years ago, Limerick weren't even a big club in their own city. Now, that tide is turning and the entire country is slowly but surely taking notice of what's happening on Shannonside. The Blues are threatening to become a force in the League of Ireland, but up until now - it's all been noise. That can begin to change on Saturday.

There's been a lot of money, time and effort put into the revamp of this club in the last while, and while promotions have been good to a point, they're nothing concrete that you can hold onto and look back fondly upon - because two promotions means at least one relegation. Cup wins are different. They provide iconic moments in a club's history. Everyone remembers Limerick winning this trophy in Derry in '02. Everyone recalls the two FAI Cup wins, against Drogheda and Bohs in 1971 and 1982 respectively. This game creates history and that history won't ever be forgotten.

The reason that, up until now, the Corks and the Shamrock Rovers have had a bigger core support than Limerick is simply because they've had more big games to entice people to come in and become hooked on the product.

Cork won a Premier Division title just over ten years ago. They've been in Europe many times since. For those who like to compare fanbases, this must be taken into account. There haven't been many opportunities to fall in love with Limerick FC.

To those who have followed in the dark and dreary days, Saturday is for you. But Saturday, hopefully, is for those yet to be converted. Should the result fall into place, nobody in attendance will forget it.

At the time of writing, there were just about 300 tickets left to sell from a home perspective. There are some in reserve for St Pat's, but they've yet to sell their allocation. With the capacity set at just under 4,500, it should prove to be a day that will live long in the memories of those in attendance.

It's been 14 years since Limerick's last final. Before that, an even decade. That League Cup final in 1992 was against St Pat's - where the Blues ran out 2-0 winners. They'd gladly take a repeat of that scoreline come next weekend.

My father still speaks to me about the great teams from '71 and '82. He's not even a man with a burning passion for local soccer, but yet he can name every single player that featured in both FAI Cup finals, tell you where they were from, what they worked as, and their boot size. These groups of players remain a part of their football clubs forever.

We've lost a generation of talented Limerick footballers to clubs all over the country. With the club now on its feet, it would be nice to have the likes of Shane Duggan and Shane Tracy immortalised. It would stand as a defining moment in the changing fortunes of a football club that have played second fiddle in their own city for far too long.

Saturday is for Limerick.