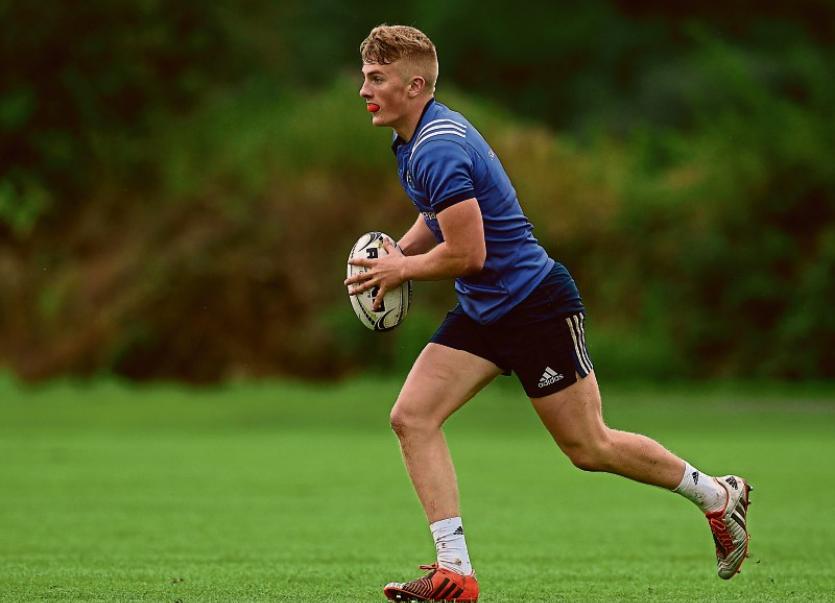 MUNSTER’s U-20 & Development side came back from 18 points down to earn a stunning comeback win over Ulster’s Academy in their Interpro clash at Thomond Park on Friday night.

Colm McMahon’s side were held scoreless by a well drilled Ulster defence in the opening half but two tries from captain Colm Hogan and one from Liam Coombes helped Munster to victory. Conor Fitzgerald converted the three tries to seal a 21-18 win.

Outstanding stuff from our U20/Development side earlier tonight as they came from 18-0 down to beat Ulster 21-18. pic.twitter.com/EKXPNUWm4J

Ulster dominated the first 40 minutes and fully deserved to go in at the break in front. They took the lead in the ninth minute through a penalty from Irish U-20 out half Johnny McPhillips.

The Willie Anderson-coached side went further ahead three minutes later when Aaron Cairns made a break on the left wing. He broke a couple of tackles and went in for a relatively easy try.

Munster reacted positively to the concession of the try but were kept out by a strong defensive effort.

Ulster then extended their lead to 11 points when McPhillips landed his second penalty of the evening after Munster flanker Gavin Coombes was sent to the sin bin.

Ulster took advantage of their extra min five minutes from the break after a strong lineout maul saw Adam McBurney touch down for a try. McPhillips added the extras to give his side an 18-0 lead at the break.

Munster were a different animal in the second half and got back in the game thanks to Liam Coombes’ try. He benefitted from patient build up play and a well-timed final pass from Hogan.

Hogan got Munster’s second try 10 minutes later after more patient play by the forwards. Munster’s captain had too much pace for the Ulster defence and Fitzgerald’s conversion cut the deficit to four points.

With seven minutes remaining Munster made their way into the Ulster 22 after outstanding play down the left by Alex McHenry and Daniel Hurley.

The ball was released to the backs quickly and once again Hogan was on hand to finish off a brilliant move. Fitzgerald’s conversion sealed a superb three-point win for Munster.