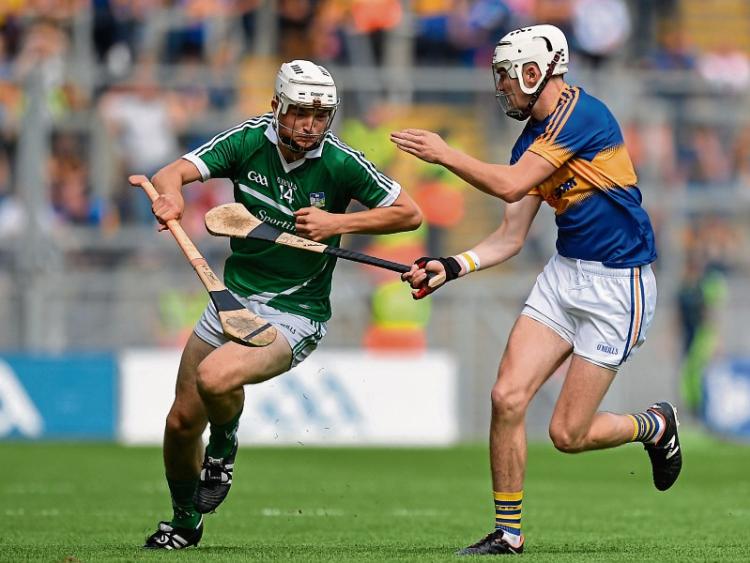 LIMERICK captain Kyle Hayes is in no doubt that Limerick’s wait for an All Ireland MHC title will end sooner rather than later, but admitted his team were “a step short”.

“It is not a good feeling - the lads inside and myself included are absolutely devastated. I’ve never experienced anything like this before,” said the Kildimo-Pallaskenry man.

“It’s everyone's dream to be up here but we ended up a step short the same as the boys two years ago. Hopefully the boys in the future can come on and do it,” said the full forward, the only player to score from play in all six games this season.

He was left to rue “the bounce of the ball”.

“We could have got a point at one end and they went down and got the goal and that’s the way it flowed,” he said of Tipperary’s scoring burst of 1-1 at the start of the second half which moved them 1-10 to 0-8 clear.

“When they got the goal we knew we can’t drop the heads. You have to have a positive attitude and as soon as it went in we had to rally the troops and make sure we came back at them with a few points. Unfortunately they kept that three point difference the whole way through,” he recalled.

Limerick lost by 17 points to Tipperary in the Munster final and were seen as firm outsiders in the Croke Park final but Hayes said that confidence wasn’t an issue.

“There was a very positive feeling coming up here - we had a belief in ourselves that we could come out with a victory up here. We weren’t afraid and just relished the challenge of being underdog. We said to ourselves that this is it, it’s here if we want it.”

“It’s been an up and down year - the lads have put in savage work, including the management,” said the captain in praise of his colleagues.

“It’s all credit to everyone involved.”

The hope is that the Croke Park experience will now stand to all going forward in their careers. For the captain it didn’t have a bearing on the encounter.

“We had a walk around the pitch when there was no body in the stadium about an hour before throw-in and we took it all in and then as soon as we were back in the dressing room we put on the earphones and turn out and focus on the game. You won’t take any notice - once the match was on, we were focused on it and looking to get the next score,” said Hayes, who was one of 29 players to see championship action this season. Twenty two players were handed starting roles, while a further seven were used as substitutes.