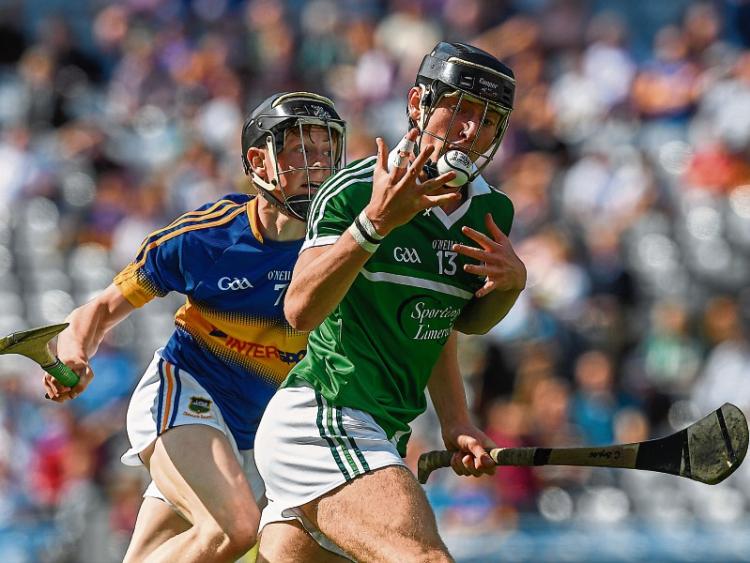 DESPITE a brave display there was no joy for the Limerick minor hurlers in this Sunday’s All Ireland MHC Final in Croke Park.

Tipperary ended up 1-21 to 0-17 winners to maintain a Limerick wait for an Irish Press Cup victory that stretches back to 1984.

An early second half goal powered Tipperary to the victory.

When these sides met in the Munster final, Tipperary were 17-point winners but this time round Limerick went toe-to-toe with their neighbours.

A Brian Ryan free opened the game’s scoring in the third minute but only with the help of Hawkeye. Limerick selector John Mulqueen raced on the field to protest as all in the Hogan Stand were confident of the score and ultimately it was awarded.

Then came the first of the Tipperary run of scores to move 0-3 to 0-1 ahead.

Darragh Carroll hit back but again Tipp remained in control to lead 0-6 to 0-2 on 18-minutes.

Conor Boylan went close to a goal but a Brian Ryan point from play was Limerick’s lot as Tipperary moved 0-8 to 0-3 ahead with nine minutes left in the half.

Then came the big finish from Limerick with five points in the final minutes. There was a three-in-a-row Ryan and one from Conor Boylan.

Shane Neville hit back for Tipperary but a fourth pointed free of the half from Ryan left it 0-9 to 0-8 at the break.

The all-important goal came in the third minute of the second half with Jake Morris finishing low to the net for a 1-10 to 0-10 lead.

Brian Ryan, Kyle Hayes and Ciaran O’Connor hit back for Limerick but the goal that was needed never came. Kyle Hayes, Paul O’Brien and Conor Boylan all had glimpses of goal but no green flag.

With 10-minutes to play it was 1-15 to 0-13 but Limerick couldn’t find another gear to snatch victory.

Indeed David Woulfe and Ryan (free) left it 1-18 to 0-17 with two minutes to play but it was the winners that found the last three points to ensure the title.