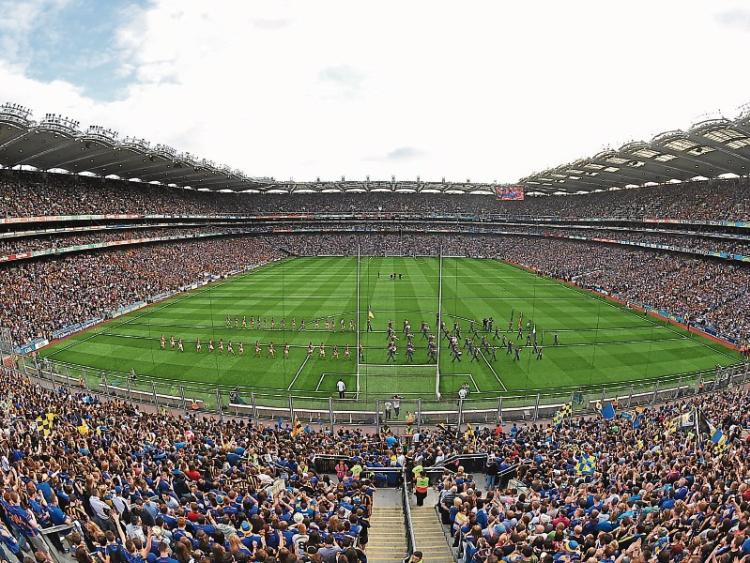 September Sunday in Croke Park and the All Ireland hurling final is one of the standout sporting occasions of the year.

It’s a day so many people savour both at home and away. For many it reflects their Irishness and the values set out by the association’s founders more than a century ago. They will travel from every county in Ireland and they will also flock from many parts of the world. Next weekend to many is a national holiday, an event not to be missed. As they travel down Jones Road, Clonliffe Road and take shortcuts between the small red brick houses the hum will be heard from early morning. People will stand in the same places as they have done for years. They will meet many of the same people known only to them by their love of hurling.

Hurling can play with our emotions - the speed of the ball, the skill of the players but most of all the desire to see one’s county win the Liam McCarthy Cup. Croke Park is the theatre of dreams for every young boy that first holds a hurley in his hand - the gospel of the great players of the past and the stories of their craft will be handed down from father to son. This is hurling and this is a way of life

People will have been planning for weeks, the weekend of the hurling final is marked in the calendar. It’s an annual event for thousands whether their county is playing or not. You will hear men and women standing against cold concrete discussing the game and who might win.

They travel early because this is part of what makes the day so special. The day will start early for people working in Croke Park. The lads looking after the pitch will cut the field once more around 7am. The finishing touches will be made for thousands to admire in person and around the world on TV. Mass will be said underneath the stand and this will see the President of the GAA and many others attend.

Over in Clonliffe College Pat Leahy Chief Superintendent of the Gardai will address more than five hundred gardai. This is very interesting to watch. He along with his team will go through the plan line by line and will tell them what to expect. Long before people get near Croke Park the Gardai will have a profile of the crowds flowing from video pictures coming live into the security room which is based to the left of Hill 16.

What ever moves outside and inside Croke Park can be seen. The man looking at those pictures will send the information flowing to the officers on the streets. This is important because days of joy also bring opportunity for others to benefit from.

Running an event such as the All Ireland Hurling final takes serious planning, it requires so many people and organisations to work together. The GAA will have hundreds of private security people also working on the day. Doctors will travel from different parts of the country to work in the stands. They are on hand should anything happen.

It’s a massive day for Irish media, the counties involved will be represented by local papers and radio. National papers, radio and TV people from around the world will also be in Croke Park. The interest in the game is huge.

For a good number of years now I will go live onto New Zealand national radio on the morning of the game. They will play Irish music and songs and they will want to hear all of the news before the game. Irish people all over the world want a part of our national finals. For people away from home this is a huge day, a day that makes them proud regardless of what county they come from.

This weekend I will see my 36th All Ireland hurling final in a row. I first saw Limerick play Galway in 1980 and just like many days since it was not a good day for Limerick. The senior final next Sunday will be between teams that have dominated hurling over the last 15 years. Kilkenny are going for another three-in-a-row while Tipperary will hope to make up for recent years.

Kilkenny under Brian Cody have become men of steel, no room here for ego just honesty, hard work and skill.

I think Tipperary have a great chance despite not playing well in the semi final. I have great time for Michael Ryan. He has restored Tipperary values and under him this team are playing much better. Kilkenny win most big games because they get the best from players but this time I will go with Tipperary.

They will need a few things to go right for them but nearing the end they might have enough to cross the line and head up the steps of the Hogan Stand.