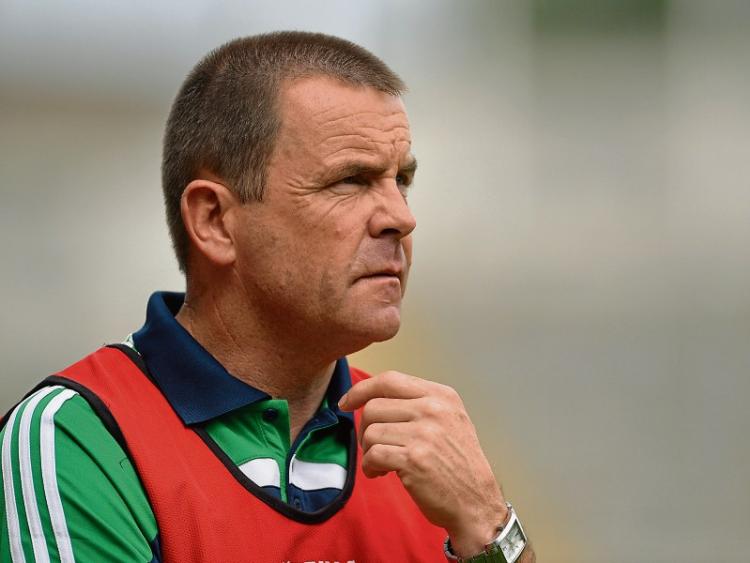 FOR Limerick minor hurling manager Pat Donnelly the road to Croker Park is a real tale of Boys to Men.

Four years ago Donnelly and other members of Sunday’s Limerick management started out with his group of players as U-14s.

They have passed from Tony Forristal and Sonny Walsh Tournaments in Waterford, to U-15 inter-county competitions in Cork and the U-16 competition in Tipperary and now find themselves in Croke Park on All Ireland final day.

“I have been involved with the most of them for almost five years, so I have seen them since they were babies and growing up and now some of them are men - it’s a huge development for them,” explained Donnelly, who is in his first season as minor manager, after stepping up from selector after Leo O’Connor stepped down.

“There are a few of them driving cars now and we can see them coming in with the L plates on the car and then passing their driving tests. They are certainly changing but you see them growing up at different stages,” he outlined.

The 2016 season commenced for Donnelly and Co last October and almost 110 encounters (training, matches, gym, meetings) later they are one game from silverware.

“The academy is great because you are bringing fellas of equal stature together and that’s how they get better but it’s the people at ground level that we have to thank - those at club level who develop the players at the start.

“The people who don’t get mentioned are the people in the clubs - there are people who give up their time to train young fellas in their clubs from six years of age. It was U-12 when I started. They are forgotten about sometimes when we come into academies - they send in the players with all the skills and we just develop them further,” said the South Liberties man.

“I genuinely would like to thank the clubs because it is easy to forget them when we are in an All Ireland final - any player that you listen to in an interview after winning an All Ireland final they bring it back to their clubs who started them off. It’s huge work to start off the players and get them to do the right things and get them interested and give them the first chance to play,” he stressed.

“We met on October 5 and the first thing we said when we sat down as a management team was to set out our stall and say that our mantra was honesty - what we were going to believe in for the year was honesty, honesty on the field and off the field.

“I think we have got that and any fella that didn’t buy into it are not with us now and that’s the bottom line and I think it has brought everyone together more when they see that you are being fair about what you said you were going to do.”

As well as the clubs, Donnelly points to the vital role of another group.

“We are here but someone brings them and they are being brought in by parents and they have to wait around until we are finished.

“They are great and that’s why it is not just about the backroom members of staff - there is a huge network of people that contribute to what we are doing.”

And for all the ultimate goal is a first All Ireland MHC title in 32 years.

“You might never believe that you would get to an All Ireland final because that is the dream but as you go along the dream becomes a reality and you are getting closer,” said Donnelly, himself a winner back in 1984 when Kilkenny were beaten in a final replay in Semple Stadium in Thurles.