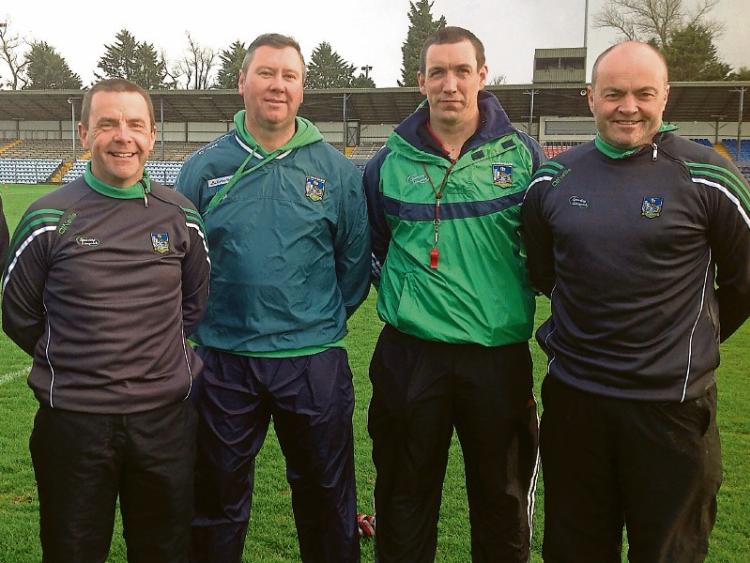 LIMERICK have used a remarkable 29 different players in their five championship games to-date.

Twenty two players have been handed starting roles, while a further seven have been used as substitutes.

Nine players have started all games – five playing every single minute of action.

Eighteen different players have got on the scoresheet – albeit Limerick have scored just three goals in five games.

The 34-man Limerick panel is drawn from 21 different clubs – from 10 senior hurling clubs down to junior sides. Kilmallock and Monaleen have four players each, while Murroe-Boher have three.

The captain of the team and one of the five to see every single minute of action.

Hayes is the only player to score from play in every game with 0-9 to his credit.

The defender is the team’s vice-captain and now fills the vital sweeper role.

Cemented his place since missing out on Munster final day. Scored a point in the round one win over Clare.

The goalkeeper has been ever present throughout all five games.

Even got in on the scoring – one of six different players to score from placed balls. His came in the semi final.

The corner back, who has followed his brother Barry into inter-county minor hurling, has started all five games.

One of the Castletroy College Harty Cup players, Nash was sent off in the Munster final for two yellow cards.

Full back for all bar the Clare game and one of the five to have seen every minute of action.

Another of the Castletroy College Harty Cup players.

A surprise call-up on Munster final day but has held his place at corner back since.

One of seven members of the Ardscoil Ris team that lost the All Ireland Croke Cup final to St Kierans of Kilkenny in late March.

The half back has started all nine games, chipping in with a score from a free in the All Ireland quarter final win.

Is in his second season on the Ballybrown senior team.

One of the younger members of the starting team, Boylan made his debut in the Munster final as a sub.

Joins his older brother Conor in the starting team.

The wing back has played every minute of action so far.

Scored a memorable long range point in the semi final win over Dublin.

Uniquely his club-mate Cian Flanagan is in the Tipperary panel. Carroll has two superb lineballs among his scores so far.

Not involved in the round one win over Clare but has since taken his chance.

Filling roles in the half forward line and midfield, O’Grady was on the scoresheet in the win over Wexford.

Has started for both the Limerick minor hurlers and footballers in 2016 championship.

On top of that he also played Inter-League Youths soccer back in the Spring.

The older brother of Jerome, Conor is one of three players to have scored nine points from play so far. He played every single minute of action.

Returning to Croke Park, where in March he was on the extended Na Piarsaigh panel on All Ireland club final day.

His third year on the panel and his second outing in an All Ireland MHC final.

Ryan has started all games and scored 0-23 – nine points from play.

Bidding to follow in his father Don’s footsteps to win a minor All Ireland.

Cian is only member of the 34-man panel to have scored a goal in the championship – indeed he has scored two.

One of the Balbec quartet, Woulfe has seen game time in all five games in the middle third of the field.

Found scores in the Waterford and Wexford games.

Played in the Munster final and involved in all but one other game in midfield.

One of the seven Ardscoil Ris Harty Cup winners, Flynn is among the list of 18 scorers with a point in the Munster final.

One of 22 different starters, McCarthy has seen game time in all but one game.

Scored in the Clare and Wexford games from his midfield role.

Started the first three games at corner back but lost out in the post-Munster final reshuffle.

One of three Murroe-Boher players to have seen match time so far.

Scored 10 points on his debut in the win over Waterford but injury has curtailed him since.

Along with Jerome Boylan and Ronan Connelly he won a Harty Cup and Dean Ryan double with Ardscoil Ris in 2015/16 season.

Started in the heart of the defence against Clare but injury then ruled him out.

Started and was free-taker in the win over Clare but then got injured.

One of four Monaleen players on the 34-man panel.

One of four inter-county minor dual players this season.

O’Grady’s hurling appearance came in Thurles in the Wexford win.

Bidding to follow in the footsteps of his father Anthony from 1984.

Introduced as a sub in the Munster final loss to Tipperary.

Scored a late free in that Gaelic Grounds decider.

Introduced as a sub in the opening round win over Clare back in April.

Played at corner back on that occasion.

He saw game time in April’s round one win over Clare in the Gaelic Grounds.

One of a nine strong Castletroy College connection.

Has worn the no16 jersey in all five games as back-up to regular goalkeeper Mark O’Kelly.

Dillon is back-up to Brian Murray with the Patrickswell seniors and the third choice goalkeeper in this minor panel.

Has appeared on match day squads but yet to see action in a competitive defensive unit.

Hoping to go one better than his club-mate Dylan Dawson who was part of the defeated 2014 Limerick minor panel.

One of the younger panel members and another of the nine who have hurled with Castletroy College.

One of the 11 players on the panel that will be underage again in 2017.