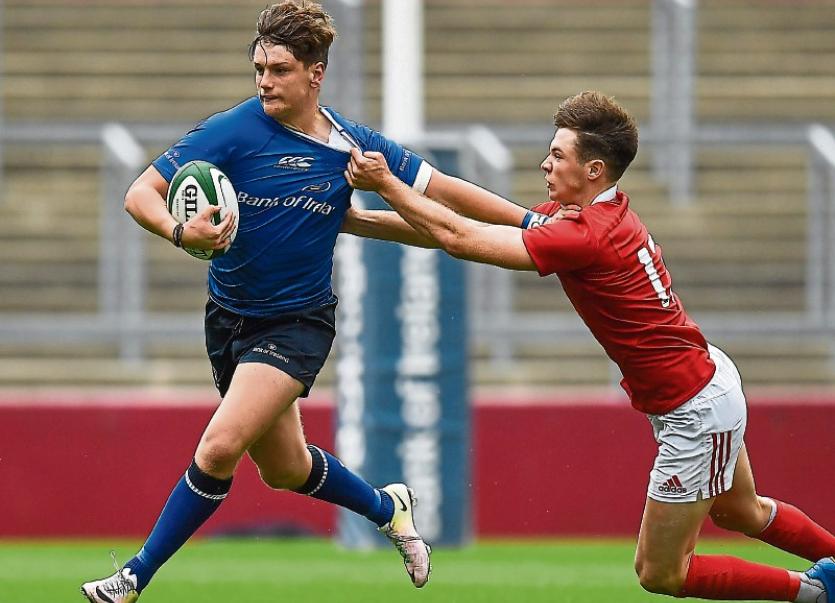 MUNSTER Schools made it two wins from two in the interprovincial series after an 8-3 win over Leinster at Thomond Park.

Ben Moloney’s try just before half time proved to be the difference between the two sides in what was an entertaining contest throughout.

The try was the only score of a first half that Munster dominated. Their first attack of the game nearly resulted in a try when Crescent’s Daniel Feasey intercepted in his own 22 and sprinted clear.

He offloaded to Sean French who brought the ball close to the line but his pass for Luke Fitzgerald was poor and the chance was gone.

Two minutes later and Munster were nearly in again. A good dart from scrum half

Craig Casey put Munster into the Leinster 22 but once again the final pass went astray.

Munster did get reward for their first half dominance when Ben Moloney touched down in the 32nd minute.

Colin Deane beat two men on the right hand side before passing to Moloney who showed great speed to finish in the corner. Ben Healy was just wide with the difficult conversion but Munster went in ahead at the break.

Leinster started the second half in positive fashion and got back into the game when David Ryan landed a penalty in front of the posts after 39 minutes.

Healy responded with a superb penalty from the touchline to restore Munster’s lead to five points. That was a lead they did not relinquish despite some late Leinster pressure.