Abbeyfeale to advance in Champions Trophy 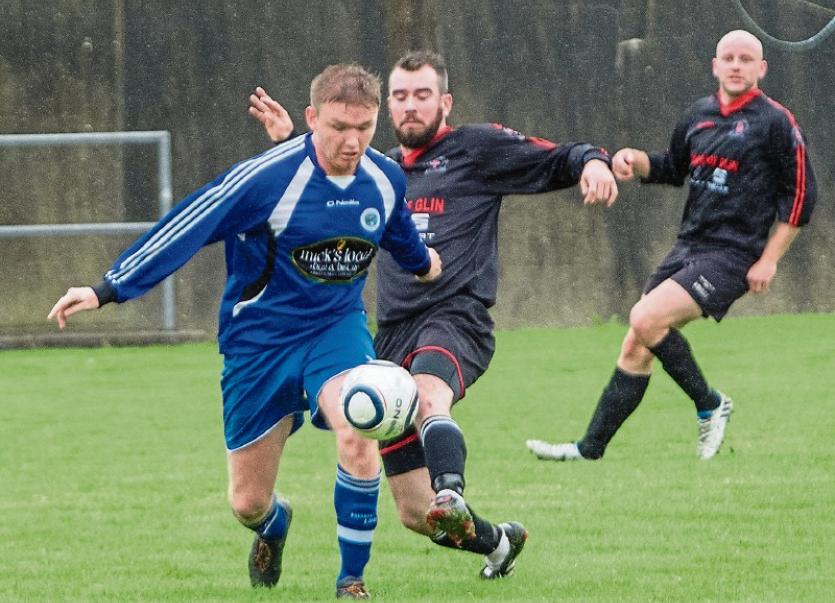 One of Abbeyfeale United’s rewards for winning the League title last season is entry into the MFA League Champions Trophy, which begins on Sunday when they host West Waterford-East Cork Champions, Kilworth Celtic, kick-off at 2.30.

Kilworth were founded 21 years ago and last season was the first time that they won the League. Their league is starting next Sunday and so this will be their first competitive match of the season. Abbeyfeale will have the advantage of going into the game battle-hardened from last Sunday’s 2-2 draw away to Glin.

Manager John Kelliher started with a new centre-back pairing of Mike Sheehan and Cormac Roche and they looked very formidable. Joe Kelliher continues to dominate in the centre of midfield, while Barry Sheehy was very impressive up front.

While Kilworth travel from their base between Mitchelstown and Fermoy as a largely unknown quantity, Abbeyfeale look to be holding all the aces and it would be a surprise if they didn’t advance for a quarter-final tie at home to Dingle Bay Rovers from Kerry or Park United from Cork AUL.