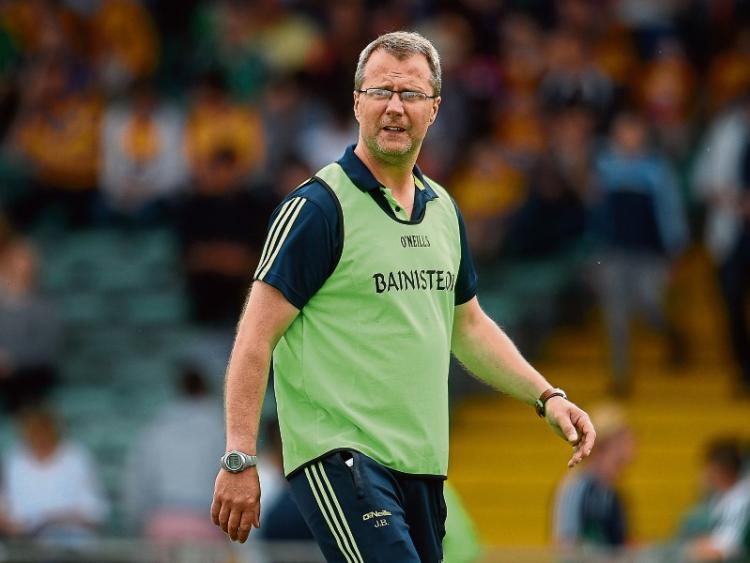 DEPARTING Limerick football manager John Brudair has described his three years at the helm as ‘frustrating’ but ‘rewarding’.

Brudair confirmed this week that he wasn’t going to look to take up the option of another year in charge.

“It’s an unbelievably challenging job, but its very rewarding to be involved with a group of players who are the best at their sport. I loved being involved with them,” said the Dromcollogher-Broadford man this week.

“It was a great experience but a tough job. Maybe even the workload is greater when you are with a so-called weaker county. Of course I would have loved to have had the best players available but you can’t beat yourself up about that,” he said.

“I knew going into the job that it would be tough - the brilliant team of the 2000’s was coming to an end and rebuilding would be needed. But the level of rebuilding I didn’t expect - it was a very challenging level of transition.”

In three seasons Brudair was to give championship debuts to over 20 players.

”It was frustrating in that we didn’t have all the key players that we would have liked to have committed to us but you know that when you go into the job. Football is well behind hurling but there is also soccer and rugby so football is fighting for it’s place. We need each and everyone to be involved to compete,” outlined Brudair.

”We were taking untested club players and throwing them in at the deep end and that’s a big gap. Most were 21-22 years of age but hopefully the experience they have gained will benefit them in the years to come. Hopefully in the years to come the work that was done now will come to bear but the players will have to be progressed and all will need to be patient.”

Brudair also spoke of the hope that the now up and running Underage Football Academy can give a constant supply of players.

“We can’t let a situation develop again where this year in one game we had one outfield player - Ian Ryan - between the age of 24-30 and for me that is a key age for inter-county football. If we have Ian Ryan as the only players outfield between 24-30 that means there are six minor teams in a row without any players progressing. That’s disappointing - a lost generation and we can’t afford for that to happen in a county like Limerick.”

He added: “There are definitely two or three in that age group and we have to ask what they stopped committing. Is there a reward - it takes a lot to commit when the reward may not be so tangible. I’m not sure there a real chance for Limerick to win the All Ireland so the commitment is to try and be the best player possible and that takes real dedication”.

Of the on-going debate on the All Ireland SFC structures, Brudair commented.

“At club level we don’t put a junior team out to play in the senior championship - Tipperary made the break through but the chances of that happening are slim to none,” said Brudair.

The decision to step down wasn’t taken lightly.

”It is always tough to leave when you have committed for three years with a group of people. You are thinking that in another year you would see the players progress again. But you have to take stock and I just think that for all the young players maybe a new voice will bring see them progress for the next three to four years. It was a close call whether to go back again or not but I think this is right for me and the players,” outlined Brudair, who will again be involved with the Milford camogie team and varying clubs sides in his native Drom-Broadford for the remainder of 2016.

While this season was difficult for Limerick football – one win in 14 games and relegation in the league, Brudair departs with some fond memories.

”I would think back to the Tyrone game (2015 All Ireland SFC Qualifier) - that was a really committed display from a very young side, who had to go up to Tyrone. We played some lovely football and were able to compete with them. And to stay up in Division Three last year (2015) with the Louth win was great as well,” he recalled.

While stressing patience, the future can be bright according go the departing manager.

”I feel there is a great chance of getting out of Division Four - Westmeath are there and will be the team that will look take one of the promotion spots and then everyone else will want to get the other place. That would mean Limerick are winning more games than losing and regardless of the opposition there is a great feeling of winning and going well and that would build the young group ahead of the Munster championship.”