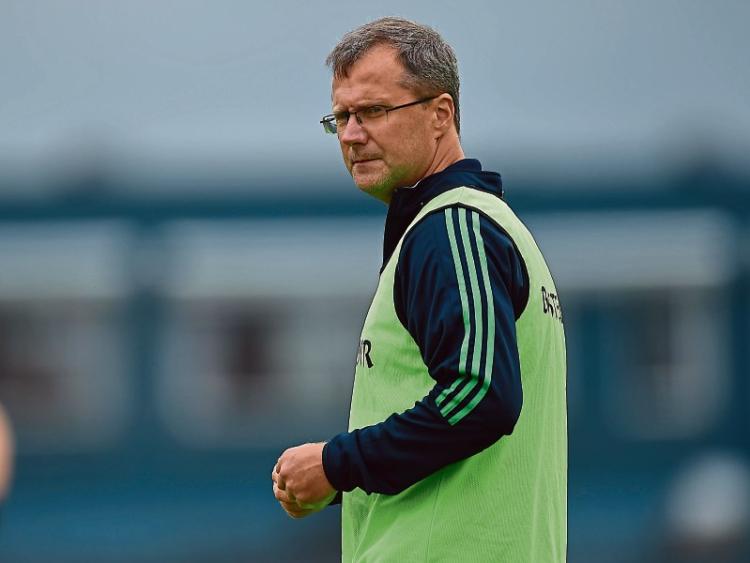 THE future can be bright for Limerick football according to departing manager John Brudair.

It was a tenure that saw the former Munster club winning manager introduce over 20 new players to championship action.

“Hopefully in the years to come the work that was done now will come to bear but the players will have to be progressed and all will need to be patient,” stressed Brudair.

“I knew going into the job that it would be tough - the brilliant team of the 2000’s was coming to an end and rebuilding would be needed. But the level of rebuilding I didn’t expect - it was a very challenging level of transition,” he outlined.

“It's an unbelievably challenging job”, he said of the Limerick role.

“But its very rewarding to be involved with a group of players who are the best at their sport. I loved being involved with them. Of course I would have loved to have had the best players available but you can’t beat yourself up about that. It was a great experience but a tough job. Maybe even the workload is greater when you are with a so-called weaker county.”

Brudair had one year left but felt the time was right to depart.

“It is always tough to leave when you have committed for three years with a group of people. You are thinking that in another year you would see the players progress again. But you have to take stock and I just think that for all the young players maybe a new voice will bring see them progress for the next three to four years,” he said.

“It was a close call whether to go back again or not but I think this is right for me and the players.”

The departing manager said that the new Limerick Football Academy will also pay dividend in the future.

“We can’t let a situation develop again where this year in one game we had one outfield players - Ian Ryan - between the age of 24-30 and for me that is a key age for inter-county football. If we have Ian Ryan as the only players outfield between 24-30 that means there are six minor teams in a row without any players progressing. That’s disappointing - a lost generation.”