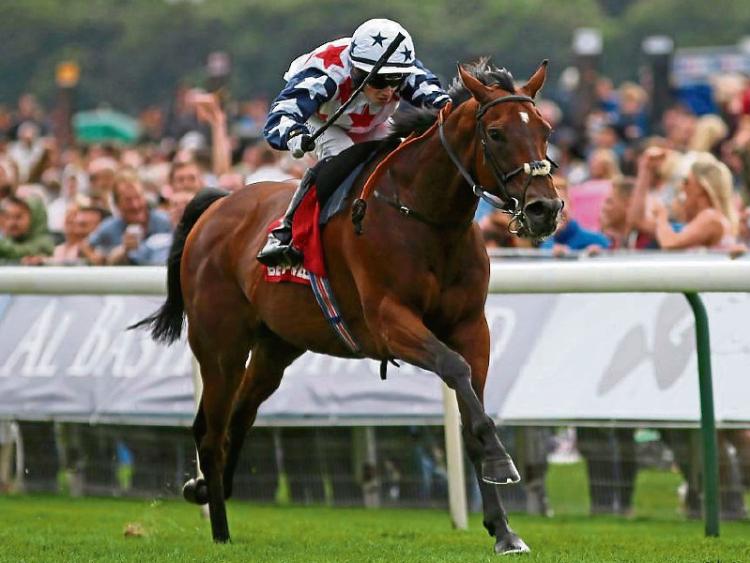 Nineteen-year-old McNamara oozed confidence on the Tony Martin-trained gelding before letting the 15/2 shot loose inside the final two furlongs, with the winner then going on score by four lengths.

Martin said: "The young man on him was sheer brilliance. Two down, Lester Piggott wouldn't have been as good. It was a brilliant performance by the lad.

"I was screaming at him to hold on to him, but he must have the patience of Lester Piggott to do that at his age."

Winning jockey McNamara is based with top leading handler Richard Fahey. The Limerick teenager only rode his first winner in January, on Summerinthecity at Chelmsford.

McNamara said: "When I turned in I was tracking Seamour and when I got to the two-furlong pole I knew I was going to win.

"He travelled there brilliantly, I was scared to look around - I was looking up at the big screen but they weren't showing the race so I panicked a little bit then. When I crossed the line it was such a relief.

"If I could tell you one race I wanted to win, this is it. After coming here with my family for the last three years. I was with Johnny Murtagh when Mutual Regard won it - it means so much to me, I can't explain it."