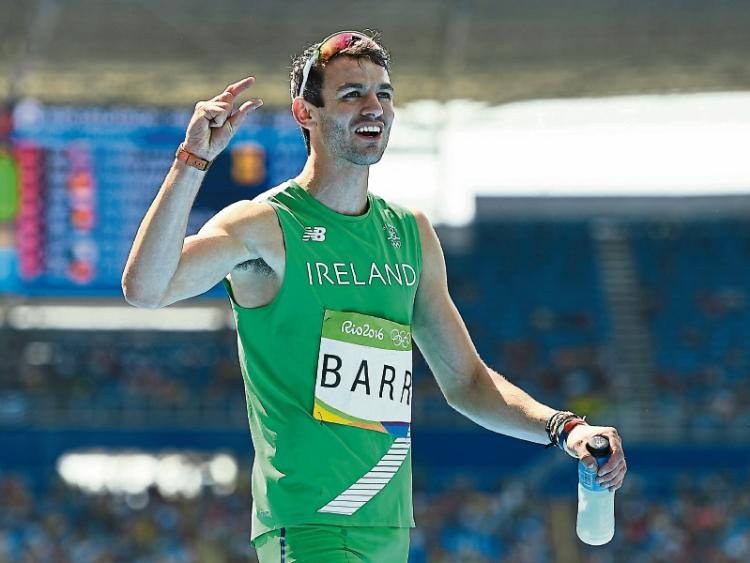 UL student Thomas Barr admitted to have a ‘bittersweet’ feeling after just missing out on a medal in the Olympic Games in Rio de Janeiro.

Twenty four-year-old Barr finished in fourth place in the 400m hurdles final on Thursday, clocking 47.97, five hundredths of a seconds away from a bronze medal.

Barr said: “It’s bittersweet. I’m absolutely delighted of course to have made it to the final and I’m delighted to see a 47 (seconds) up on that clock, which I didn’t expect.

“When I was coming over hurdle 10 and I was gaining ground on them, I’d say if I had 405 metres, you’d never know what could have happened - but unfortunately it’s a 400m hurdles race.

“After two runs in the legs already I was coming out here a little bit with dead legs already so I’m delighted with how the race went.”

"I have to thank the fans for coming out and supporting me. They take time out of their day to come out and shout me on and it gave me a massive boost.

"All the support at home, I knock there were big screens set up in (University of Limerick) and Waterford, so thanks for the support."

UL MSc Sports Performance student Barr, from Waterford, was also Ireland’s Athlete of the Year in 2015. He won gold in the World University Games and narrowly missed out on a place in the final of the World Champions in Beijing.