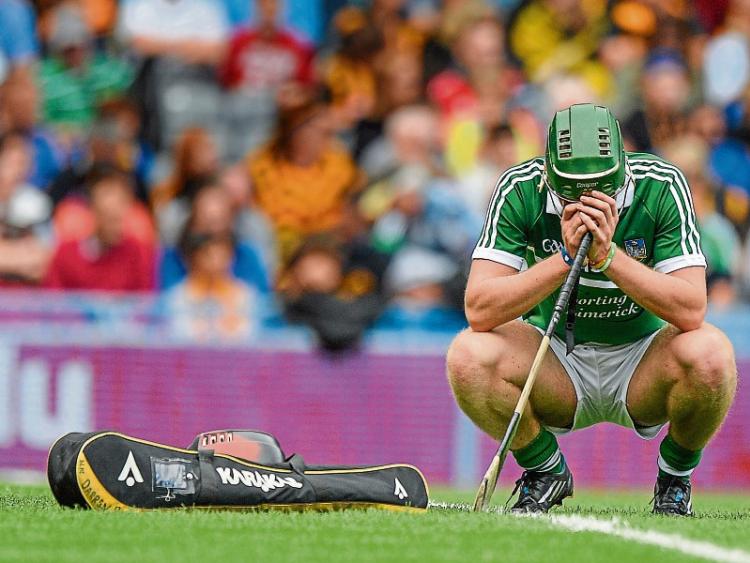 THE names of the people that have the future of Limerick hurling in their hands were disclosed at last week’s County Board meeting.

Their task will be to find the best person to lead Limerick hurling over the next few years. The challenge to do this is far from simple but they have a huge responsibility to get it right. Limerick hurling is at a crossroads and on the evidence of what we saw in Thurles and Croke Park last weekend our hurlers have a fair journey to travel.

I have said many times before that Limerick will never enjoy senior success unless the present culture changes. We are miles away from where the top four counties are and it will take a major change of direction to compete with them. A real lack of leadership, direction and honesty by the County Board over many years has played a key part in Limerick’s lack of success. They are the people charged with doing the right thing for Limerick GAA but sadly all too often it’s about looking after one of their own. Politics and cronyism are at the core of much of Limerick’s problems and I don’t see that changing anytime soon.

Most Limerick GAA supporters operate in a vacuum and are unaware of the core difficulties that lie at the heart of the county’s problems. They see the County Board as the men with the power and they expect them to make the right calls in the interest of Limerick GAA. I think it’s fair to say that has not always been the case and I can see no future unless we have a major mindset change at the top table. The vast majority of the people sitting around the top table have no impact, they follow and nod instead of providing leadership for the long term good of Limerick GAA. The clubs that trust them with their votes also have questions to answer. Solving the problems will take a collective effort but it will be impossible to harness until we have real and serious change in the way Limerick County Board does its business.

Appointing a manager is only part of the jigsaw and whoever the five man committee appoints will fail just like all the others unless their brief is expanded. The Chairman Oliver Mann and Michael O’Riordan sit on this committee, they appointed the last holder and also reappointed him.

They also were present at reviews and if that wasn’t enough the Chairman told delegates that they recently sat down and reviewed the last three years again. What were they expecting to learn that they didn’t learn the first time and if they did why didn’t they act on it?

From club people that I have spoken to they feel they should not be part of this committee and many club people feel that at least one delegate to County Board meetings should have been included. This committee, particularly the non County Board members, must take the lead, they will have to set the agenda not just on who becomes manager but who will be in the backroom team. Limerick hurling needs people that will make the hard calls for the right reasons because that is the only way we can at least hope to match what the major powers are doing. As a county we are lacking honesty at many levels and until that becomes our core value we will never come close to winning the All Ireland senior title.

The culture of the entire county needs to change if Limerick are to become a force at senior level. What we have done up to now has failed but I have never heard a member of the County Board admit that. Until they accept that, the return will be the same. This and other boards of the past have operated in a manner that has played a key part in Limerick’s lack of success. They of course won’t admit that but the facts and results don’t lie. I would hope that the non County Board members on this committee will take ownership of it. They need to set the agenda but most of all they need to firstly answer - why have Limerick failed for so long? Many people will have their own views on that but it might help them in appointing the right people to bring Limerick forward.

Picking the right manager will set the tone but that person needs to be skilled in manyareas. He alone will not solve all the ills of Limerick hurling but his vision, planning and attitude will lay the foundation to what we hope will be a brighter future. He must be empowered to change how business is done and most of all he must bring real honesty into Limerick hurling. He will need the support of many people to make that happen but unless we see humility and honesty from all sides he will fail. We have lost serious ground over the last three years. Progress has been nil and we have seen little by way of change in player turnover. As mentioned before the policy has been get on the panel, get on the team and in most cases decide when you leave. That must change and until it does we will be talking about the same issues in twenty years time.

Managing teams has become a major business for some people and the odd win here and there guarantees them a strong source of funds. Limerick has wasted huge sums of money over many years but sadly we have had little return or value for that money. I see the same few names trotted out for the Limerick job but I would hope the five man committee will take a few steps outside of these names. Limerick are on the back foot now but the five man committee carry the hopes and dreams of supporters and the long term good of GAA in the county in their hands.

I wish this committee well in their task, I hope they can once and for all secure the right person for Limerick hurling. I, like countless thousands of Limerick supporters want nothing more than to see our county win the Liam McCarthy Cup but it will take a massive effort and bridge building to make that possible.