Limerick win for Inter Milan against Celtic in Thomond Park 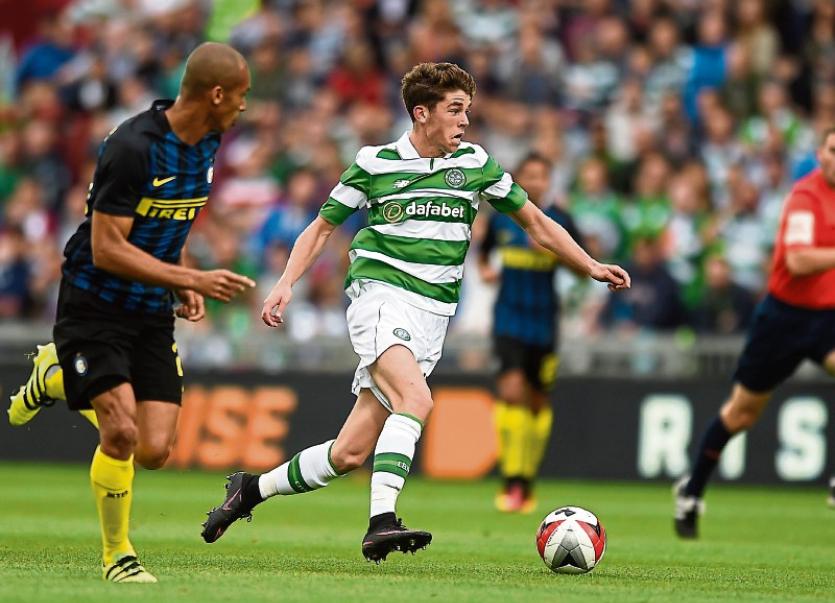 A goal in either half helped new manager Frank de Boar off to a winning start in Italy.

Eder headed home just before half time and then in the second period sub Candreva sealed the win.

While this friendly encounter came on the 50th anniversary season of Celtic’s famous European Cup win over Inter Milan this was very much Limerick and not Lisbon with just 12,873 in Thomond Park.

Celtic are in Champions League action next Wednesday so didn’t bring their strongest team – with just one player from their opening day win over Hearts in the Scottish League last weekend in the starting team; Stuart Armstrong.

Attempting to impress in new manager Frank de Boar’s first game, it was Inter Milan that led 1-0 at the break.

Eder’s goal came in the dying seconds of the half when he headed into an empty net at the back post after Perisic had glanced the ball into his path from the near post.

It was an opening half that saw both sides with chances. The best chance for Celtic came in the 28th minute but Stuart Armstrong was denied after he was played through by captain Ciftci and Ryan Christie.

At the other end Celtic had goalkeeper Fasan in fine form to deny the Italians until just before the half time whistle.

In the second period, Celtic had much of the possession but the second Inter Milan goal came in the 71st minute and it was worth the admission with Candreva chipping delightfully over a stranded Fasan in the Celtic goal.

Fixtures took place across North America and Europe, with Paris Saint-Germain crowned champions ahead of this Limerick fixture which was the final game of the competition, in which each team played three matches.