Limerick FC look to close in on top flight return 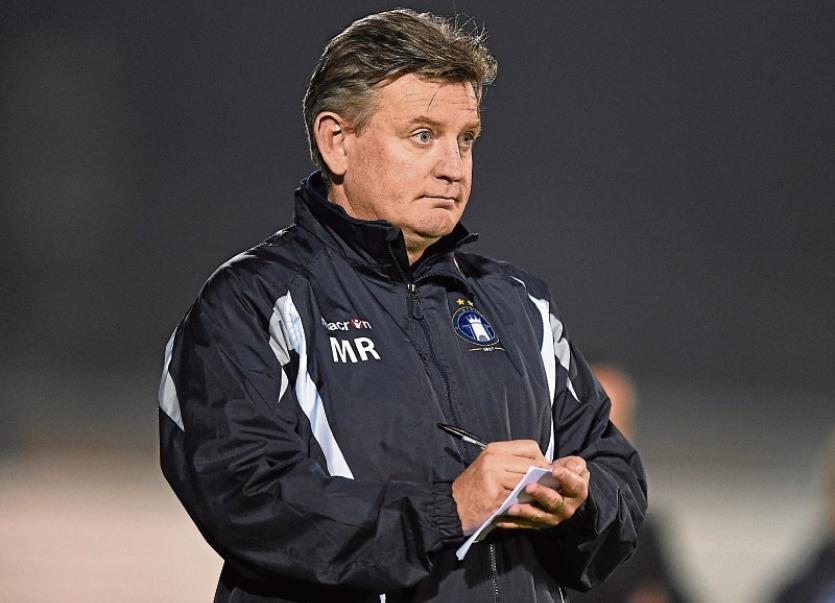 LIMERICK FC can take a giant step towards securing the SSE Airtricity League First Division title and secure automatic back to the top flight this Saturday.

A victory for runaway leaders Limerick FC over Cabinteely at the Markets Field at 2pm would leave the Blues 21 points clear of second-placed UCD with just seven games remaining.

And as Limerick’s goal difference at +52 compared to UCD’s +10, is vastly superior, a win on Saturday in Garryowen would all but seal Martin Russell side’s return to the Premier Division for next season.

However, a return of four points from the home game with Cabinteely and the away tie with UCD on Sunday, August 28, 6pm, would guarantee the Blues’ return to the top division for 2017.

Second-placed UCD and third-placed Drogheda United played out a 1-1 draw at Belfield Bowl on Friday night.

Limerick maintained their unbeaten run in the First Division this season, thanks to a dramatic 94th minute equaliser from Aaron Greene at Drogheda last week. The game ended 3-3.

Limerick FC brought the kick-off time for Saturday's game forward to 2pm in order to avoid a direct clash with Celtic's International Champions Cup meeting with Inter Mailan at Thomond Park which has a 7pm start time.