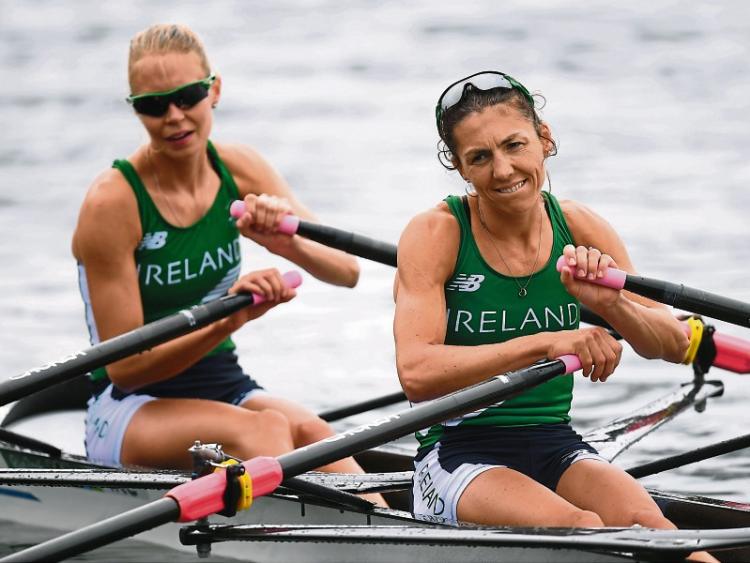 ST Michael Rowing Club’s Sinead Lynch has described the run to a sixth placed finish in the lightweight double sculls at the Olympic Games as ‘one incredible journey’.

Thirty nine-year-old Lynch and partner Claire Lambe fell short of the medal places when finishing sixth in their final at the Lagoa Stadium in Copacabana this Friday.

The Netherlands’ crew of Isle Paulis and Maaike Head struck goal, ahead of Canada in second and China third for the bronze.

Afterwards, Sinead Lynch, who was a world junior champion 16 years ago, said she was disappointed by the result, but is not ruling out the possibility of looking to compete in another Olympics in four years time.

Mum of three Lynch said: “We are disappointed. It would have been nice to be up there. We felt we had a really good shout of getting into the medals, but as you can see it is such a tight pack.

“We didn’t get as good a start as we wanted. But I think we rowed really well. It was one of our better races. We even had a bit of a sprint to the finish.

“It’s only a tiny bit, but it was enough to keep us out of it.

“If I can talk this one (Claire Lambe) into coming back, I definitely will. I dunno. It has been amazing. People talk about the hard days out training and the cold and the wind.

“But to me they aren’t the hard days. The hard days are when you can’t row or don’t row as well as you should and Claire has always been with me on those days.

“It has just been one incredible journey. I don’t think I can give it up.”

Lynch said she hoped their achievement in getting to an Olympic final would pave the way for other Irish womens crews to follow suit.

“It is such an honour and I am so happy, we showed that Irish women can make Olympic finals. It’s wonderful, but what I am so sad about now is that it is the end of a fantastic journey.

“It has been absolutely brilliant, the last 18 months rowing with Claire. I can’t believe that is over now.

“We got through so much, the highs and the lows together and it has been unbelievable.”

Sinead Lynch also thanked everyone who had supported them on their path to an Olympic final appearance.

“Thank you so much to everyone at home. I know there are huge gathering, including St Michael’s Rowing Club. My daughters made it up to St Michael’s with their granny. The support we have been getting is just so incredible. That made it so amazing for us.”