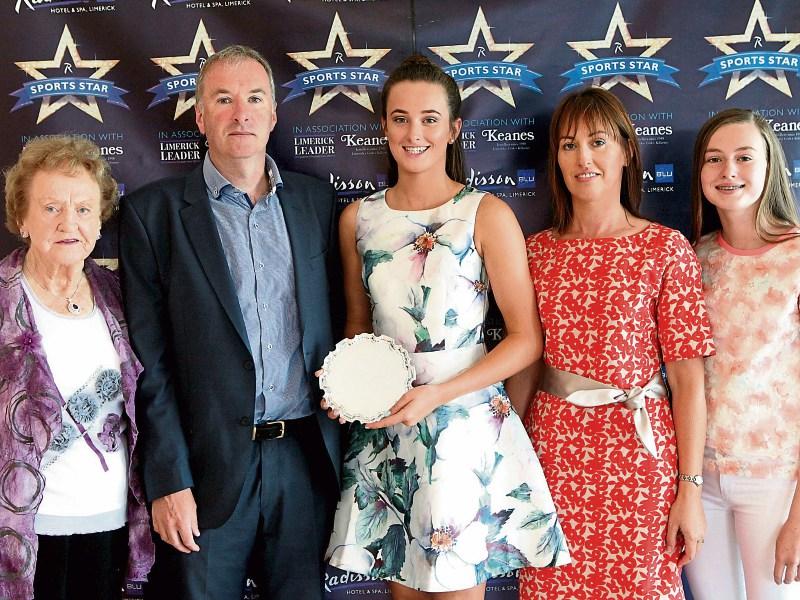 EXCITING Limerick athlete Ciara Neville is setting her sights on impressing at the 24th European U-20 Athletics Championship in Italy next July on the back of a highly impressive 2016 season.

Emerald AC athlete Neville ran a powerful final leg as the Irish 4x100m womens relay team smashed the national record in finishing fifth in a time of 44.82 at the IAAF World U-20 championships final in Bydgoszcz, Poland, last month.

Sixteen-year-old Castletroy College student Neville was also a semi-finalist in the 100m at the European Youths Athletics Championship in Tbilisi, Georgia, just a week earlier.

Neville’s excellent showings in Poland and Georgia followed on from her domination of the Irish and Munster schools sprint races earlier in the year. The teenager was awarded the Young Limerick Sports Star for July as a result of her exploits.

Recalling the Irish relay team’s recordbreaking performance in Poland, Neville said: ”We were all delighted. Being a team event we were all experiencing it together.

”We were all really nervous beforehand, but once we walked out onto the track the nerves disappeared. We just lived the moment and really enjoyed it.

”We didn’t really expect to make the final. We thought we would have to run sub 45 seconds, but a number of teams had problems with their baton changeover.

”In the final then we just wanted to go out and break the Irish record because we were just one hundredth of a second off it in the heat.

”I am finished competing now until the indoor season begins in January. We will start back training the first week in September. That will be a pretty hard block of training, getting all the fitness back. We train at UL and Noelle Morrissey is my coach.

“The big aims for me in 2017 are the national schools and then the European Junior Championships in July in Italy.

“I am competing at senior level in schools athletics next year, up against people a year older than me, but hopefully it will go well.”

The Limerick Sports Star awards, organised by the Limerick Radisson Blu Hotel and Spa and the Limerick Leader honours the outstanding sporting candidate for their achievements in a given month.