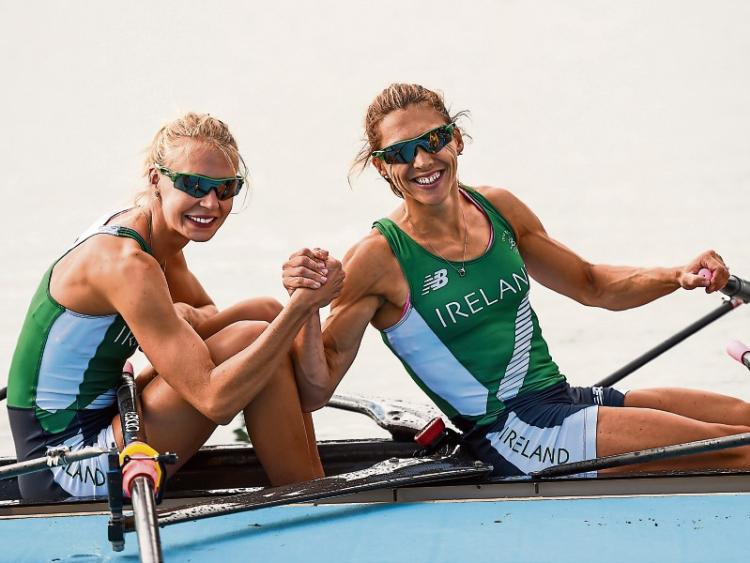 Lynch and Lambe book their spot in the showpiece final thanks to  brilliant third place finish in Thursday’s semis in Rio.

The Irish duo held off the challenge of the Danish crew to clock a time of 7.18:24 and finish in third place behind the Netherlands and Canada.

The Irish crew were fourth at the 500m split, rising to second with 500m to go, in a tight contest with the Canadian pair.

The Danes were closing late on, but the Irish duo held on to make the final.

Back in 2001, Lynch won a world title in the lightweight singles, Ireland’s first ever female world champion.

Last September, at the World Championships, the mum-of-three qualified for Rio with lightweight partner Lambe.

UCD graduate Lambe rowed for Commercial Rowing Club before moving to UCD Boat Club when she started college. She is currently a member of Old Collegians Boat Club

Meanwhile, West Cork brothers Gary and Paul O'Donovan made it a day of double success for Ireland on the Olympic water by cruising into the final of the men's lightweight double sculls.

Their final takes place at 2.44pm Irish time on Friday.