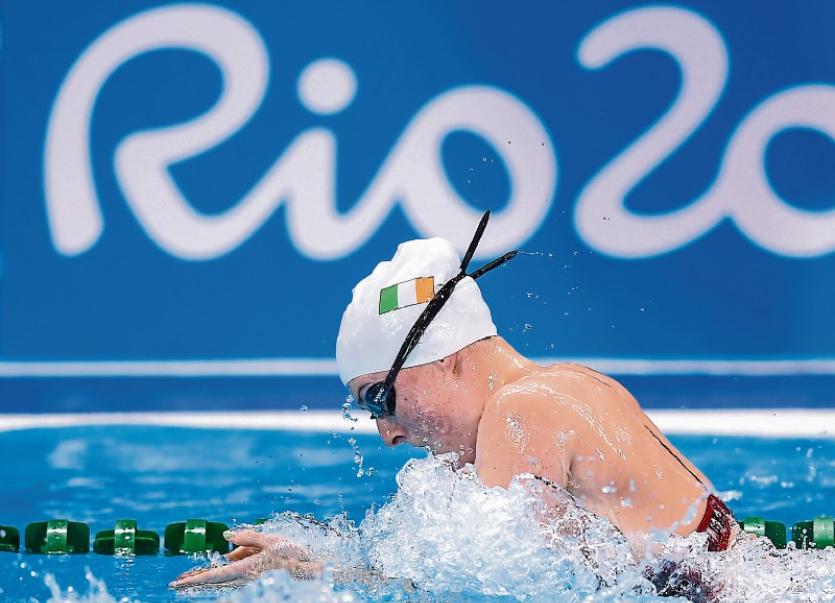 TWO local sportswomen will be aiming to impress on today's fifth day of competition at the Rio Olympics.

Raheen swimmer Fiona Doyle competes in the heats of the 200m breastroke at 5.47pm Irish time today. Twenty four-year-old Doyle has been drawn in lane three of heat one in the Olympics Aquatic Stadium.

Earlier at 12.50pm, Sinead Lynch of St Michael's Rowing Club and partner Claire Lambe will compete in the semi-final of the lightweight double sculls at Lagoa Stadium.

Fiona Doyle missed out on a place in the semi-final of the women’s 100m breaststroke at the Rio Olympics on Sunday.

Doyle finished eighth in heat five in a time of 1:07.58 and was placed 20th overall, with the top 16 swimmers making it through to the semi-finals. The Limerick woman, who had an unfavourable draw in lane one, missed out on the semis by just .26 of a second.

Doyle was born into a family steeped in the sport of swimming. It was while watching the 2004 Games from Athens in her family living room that the six times Irish record holder set her sights on competing in the biggest sports event in the world.

Sinead Lynch and partner Claire Lambe finished second in their heat of the lightweight double sculls on Monday clocking 7:10.91, to reach today's semi-final.

The heat was won by a South African crew who recorded a time of 7:07.37. The top three boats in today's semi-final will qualify for the Olympic final.

Back in 2001, Sinead Lynch won a world title in the lightweight singles, Ireland’s first ever female world champion.

Last September, at the World Championships, the mum-of-three qualified for Rio with lightweight partner Lambe, currently a member of Old Collegians Boat Club