Andrew Cunneen: Limerick FC are beginning to heal the wounds 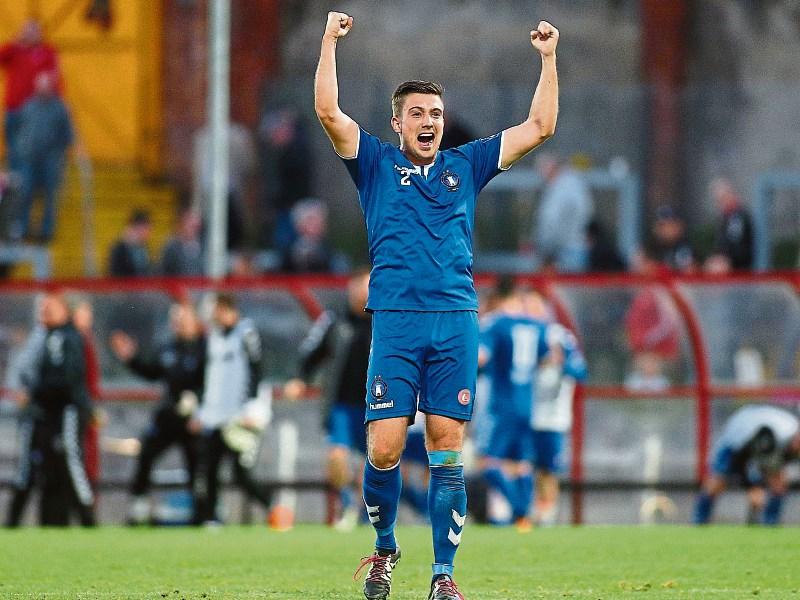 I wanted to see it and I needed to see it. The last time Limerick travelled that far north - to Ballybofey for last season’s promotion/relegation playoff against Finn Harps - they would leave with only scarring.

A First Division campaign full of walkovers and semi-conscious victories this season is no chance at retribution. As tears filled the eyes of a partizan away end on Monday night, it clicked - that moment was what those fans and players needed more than anything.

It's the best thing about football - being the successful underdog. The thin line that you can feel your heart trembling across between hope and knowing you'll have to accept defeat. Stephen Kenny was knocked for six when he opened the scoring. It wasn't a case of Limerick fearing Derry - they felt they'd win - but more that they hadn't been challenged in so long that they could vaguely remember what scoring such an important goal felt like.

I'd been up since half six that morning. I’ve moved to Dublin to take up a new job recently and the whole thing has been quite an adventure - but I was thankful of it on this occasion. I was already half way to Derry. I went via Ardee and across the border counties. Travelling up that end of the country hasn't been the same since Ballybofey - and I didn't even play in that match or spend it in the middle of 400 despairing Limerick fans. What Limerick needed was to learn, to adapt and, ultimately, to win. If not on this occasion, then very soon when they got up. A sign of progress, despite playing an entire season at half pace, was needed in a big game.

Half-time had arrived and Limerick were the better side. I was a bit taken aback at their confidence. Paul O'Conor played his finest game for Martin Russell, while Paudie O'Connor looked like a captain in the making. All these things clicked on the night. The desire and sheer hunger to validate themselves on a football pitch after most of them failed to achieve that fabled Great Escape was undeniable. It was borderline aggression. But in a good sense. A very good sense.

Limerick were cynical when they needed to be in the tackle. They wasted time when they needed to waste time. This team were bullied out of a spot in the Premier Division. They would not be bullied again. The defiance from the players carried into the away end. There was this odd connection - and for the first time - it wasn't one of relatability, but a common desire for closure.

You could hear the clock tick in your head. With every defender pulled out of shape, a midfielder covered the space. The team spirit has always been there. That's something that every single fan should be aware of - this group is genuine. They just needed to be able to switch into a ruthless mindframe and they did. They were underdogs but they weren't naive.

The players fell to their knees when Rob Harvey blew for time. The energy was unbelievable - something you had to be there to experience. The players and fans were together in the end - as they have been all this time.

It will be an occasion - a chance for younger generations to fall in love with this football club. The hard times have left the scars. With last Monday night's win in the Brandywell, those scars are beginning to heal.

The past has been traumatic - but creating history going forward is the most effective form of therapy.