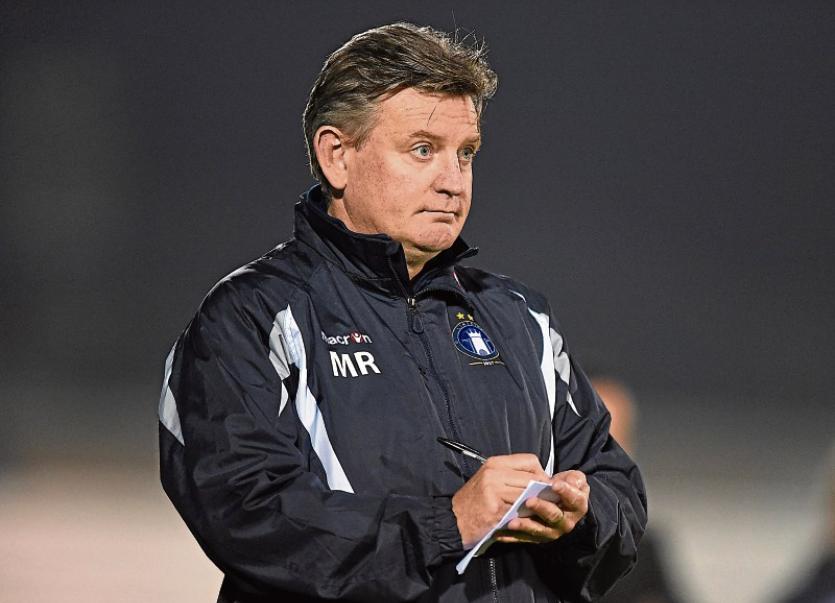 HIGH-FLYING Limerick FC can take another step towards the SSE Airtricity League First Division title and automatic promotion back to the Premier Division when visiting Drogheda this Friday night.

Martin Russell’s runaway leaders of the First Division take on second-placed Drogheda United in a top-of-the-table clash at United Park at 7.45pm.

Limerick FC currently enjoy a 20-point lead over the second-placed Drogs in the First Division table. Victory for the Blues on Friday and at home to Cabinteely seven days later would see Russell’s charges promoted back to the top flight with seven games to go.

Limerick FC made it 18 wins from 19 league fixtures this season when seeing off Shelbourne 2-0 at the Markets Field on Friday night before an official attendance of more than 1,200.

Captain Shane Duggan and Chris Mulhall bagged the goals as the Blues secured a routine victory. Former Chelsea Premier League star Michael Essien was an interested spectator at the game.

Limerick FC go into Friday night’s game on the back of an impressive 1-0 away victory over Premier Division Derry City in their EA Sports Cup semi-final clash.