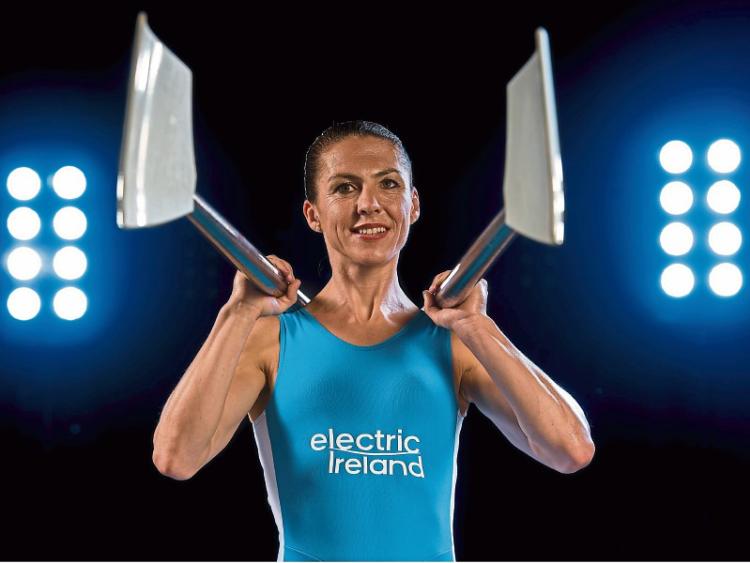 IT’S going to be a busy September for Limerick mother of three, Sinead Lynch.

The 39-year old will be moving house from Cork back to the North Circular Road in Limerick city, she has to settle her eldest daughter in the Salesians Primary School and recommence her GP Training Programme.

And, all that after she represents Ireland in the Rio Olympics in the lightweight double sculls!

Sinead rows out of St Michaels Rowing Club on O’Callaghan Strand in the city. A native of Donegal, Sinead Jennings moved to Limerick after her marriage to Limerick’s two time Olympic rower Sam Lynch.

It’s a relationship that can be traced all the way back to the World Rowing Championships in Lucerne in 2001. Both won gold in their respective disciplines at those championships and either side were Olympic Games for Sam - Atlanta and Athens but the Olympic dream was to be a long and winding road for Sinead.

Both have since qualified as doctors and have three children - Clodagh (5), Molly (3) and Hannah (2).

The couple appeared retired from competitive international rowing, until one final Olympic chance presented itself to Sinead.

“There have been so many ups and downs but it has certainly all been worth it. It makes everything worthwhile - I can’t hardly express my excitement,” Sinead told LeaderSport this week from Amsterdam airport as she made the journey to Rio de Janeiro.

“Here in the airport now and people are coming up and asking what sport I am competing at in Rio and asking for photos and that certainly makes it exciting,” she explained.

“It was 3.30am at home and I was heading for the airport and I should have been grumpy but it was pure excitement,” she said.

While husband Sam will be in Rio to support Sinead, she does leave behind her three young daughters.

“I’m trying not to think about all that too much and just concentrate on the Olympics - there won’t be much planning it will be a case of just doing it,” jokes Sinead a hectic September with the family.

“The girls are with Sam’s parents Ger and Tom and they have been great to us. Likewise everyone involved with St Michaels - they have been a great help to me,” said Lynch.

But for all the excitement, this is one Olympian that isn’t in the mood to let the games pass her by.

“This is once in a lifetime - there has been so much despair but finally it has been rewarding,” she said of the road to Rio.

It certainly is an inspiring tale of one woman failing to give up on her dream.

“I suppose after missing out on the London Olympics in 2012, I thought the dream was over,” she recalls.

After winning her World Championship title in 2001, the initial quest was the 2004 Olympics in Athens but her preferred discipline of lightweight singles wasn’t an Olympic event and forming a formidable doubles partnership didn’t work out.

That’s where the rowing career looked destined to end, as Sinead and Sam began their family soon after.

Then came a twist and a potential shot at the London Olympics - Cycling Ireland were assembling a women’s team for the 3km pursuit in track cycling and following the British model of bringing in athletes from different sports.

A shock place in the Games looked possible until a puncture at a World Cup event, in Kazakhstan.

Surely, that was that and the Lynch family was soon increased to three beautiful young girls.

But the competitive bug never disappeared and in the Summer of 2013 she ran the Great Limerick Run Half Marathon and by October 2014 Sinead was back on the water as Rowing Ireland staged the first of the Rio trials.

September 2015 was to see Sinead join with Cork’s Claire Lambe in the World Championships in France and book their place in Brazil for the women’s lightweight double. Soon after the Lynch family moved to Cork to allow Sinead prepare at the National Rowing Centre on Inniscarra Lake.

“Our event is very tight and the spread would only be about two seconds between the boats 1-12. My target would be to do our best and I think that our best would mean we could make a final and then anything can happen,” explained Lynch.

“We sent out our boat in May so I am looking forward to getting back into it this week and just feeling the water under the boat. The Olympics has always been the dream but once I am on the water it has to be business as usual. In fact Sam has been filling me in and it won’t be quite as big as a World Championships, where there could be 30 crews but in Rio there will only be 20 crews. I will be treating it as a normal meet,” she outlines.

“Sam has been amazing really. He has been through it. He’s been to two Olympics himself and has been world champion twice in rowing as well so he really understands what it takes,” said Sinead of her husband, who flew out this week to Rio.

“It will be nice to have some familiar faces. Clare’s boyfriend Feargal O’Shea is a member of St Michaels Rowing Club as well and he is going out. Also from St Michaels is Dermot Henihan, who is Secretary General of the OCI.”

It is the experience of Henihan’s previous involvement that helped Sinead make a difficult decision about the Opening Ceremony.

“The opening ceremony can mean up to eight hours on your fee and we can’t do that and prepare to complete to our best so we won’t be going. It was always my dream to walk into the stadium behind the Irish flag so myself and Claire have decided to stay on until the Closing Ceremony. We have been given special permission to stay in the Olympic Village after we are finished competing but we have to find our own way home - unless some sponsor wants to pay for our flights!”

- The women’s lightweight double sculls commences on Sunday afternoon at approximatley 12.45pm and will be live on RTE television