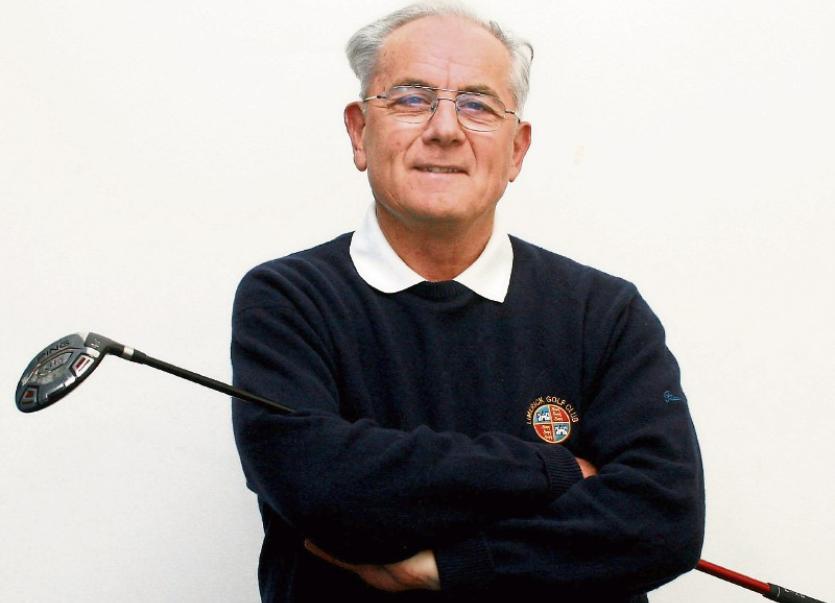 IF I were to tell you the number of dyed in the wool golf enthusiasts who complained bitterly to me about the slowness of the play on the final day of The South of Ireland at Lahinch you would be inclined say: "No wonder the crowds were the smallest ever seen at a Lahinch final (and semi-final) on a good, testing, golfing day, weather-wise with plenty of wind but no rain."

It is even more surprising when you consider that the final took place on a Sunday and not on the traditional Wednesday.

When I asked one of the referees if he was timing the players, he said, there was "no need to do so because they weren't holding anyone up!"

Apart from this approach showing scant regard for the stipulated rules (the amount of time allotted for the execution of various shots is quoted clearly in the rules), the semi-final match between Daniel Holland and Rowan Lester was ordered to stand aside and allow the second match to pass them by on the 11th.

When the first match finished on the 18th, the second game was still playing the 16th - more than two clear holes behind; enough said!

The ultimate winner, 19-years old, Conor Purcell from Portmarnock, could not be faulted for his super-efficient, play or the speed with which he 'got on with the job.'

Young Purcell may, in due course, turn out to be yet another famous champion in the mold of a Clarke, Harrington, McGinley or McDowell - all of whom were 'crowned' and sent on their way by the fabulous Co. Clare links which, it must be said, was looking its very best and must have been an absolute joy to play.

Perhaps, having to go to the 19th before defeating Daniel Holland from The Castle Golf Club in the morning may have drained some of the resolve and focus from the runner-up, Rowan Lester (Hermitage) in the final because he was soundly beaten by a magnificent display of ball-striking, imaginative chipping and error-free, holing out by Master Purcell - one of the most impressive young golfers I have seen for a long time.

Purcell went home with the cup and a glittering career obviously awaiting him down the line but he was by no means the only star performer during the week. 65-years old, Arthur Pierse, twin brother of the Lahinch captain, Gerry, has been one of the outstanding amateur golfers in Ireland since the mid-1970s. They won't admit it but I am sure that the Pierse brothers had devised a plan.

I reckon they were hoping that Arthur would win, so the twins could swop places and Arthur could put on Gerry's blazer and present the cup to his brother and nobody would have known the difference!

Seriously, Arthur was there largely on a 'training spin' to help him get ready for the British Seniors Amateur Championship, which will be staged at Formby in a couple of weeks. It is an event that he has won previously and he is clearly in good enough form to do it again.

His wholly unexpected win over current international and former Irish champion, 22-years old, John Ross Galbraith (Whitehead) in the second round of match play had the village buzzing because it was achieved with such a clinical and accurate display of golf. Arthur's 65-years old legs would not carry him through a fourth day of 'rigour' and he wilted in the third round (last 16.)

The next most noteworthy performances from a Limerick point of view were: Michael Reddan's 68 in the second round of qualifying, which was a whopping seven under the standard scratch score, bringing him down to a coveted +1 handicap. Reddan defeated young, Luke Donnelly (Kilkenny) in an excellent match in the first round but had to give best to the brand new, North of Ireland champion, Sean Flanagan from County Sligo GC in the second round.

Andrew McCormack (Castletroy) shot an impressive 69 in the second round of qualifying before, first defeating Marc Norton (Belvoir Park) and then losing by 3/2 to the eventual champion, Conor Purcell.

Newly-crowned, Irish Seniors Close champion from Castletroy, Eamonn Haugh, also qualified for the match play (no mean achievement for a 50-years old) but lost to the leading qualifier, Jake Whelan (Newlands & Maynooth.) The annual challenge by Pat Murray did not materialize this year when he succumbed to his youthful Munster team colleague, Cathal Butler (Kinsale) by 1-hole in the first round - something that hasn't happened to Pat very often.

Just as close as you dare, golf at its best should be a contest of risks. The fine player slips past the bunkers, gaining every yard he can, conquering by the confidence of his own “far and sure” play.

The less skilful player wrecks himself by attempting risks beyond his skill, or by being compelled to lose ground through giving the hazards too wide a berth - John Low