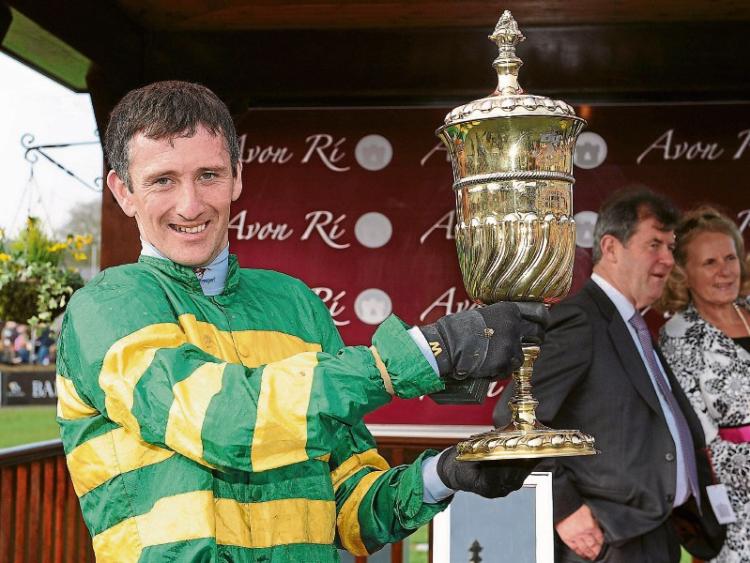 TRIBUTES have been pouring in this Tuesday for John Thomas McNamara, the distinguished Limerick jockey who has died aged 41.

Croom man McNamara, who was widely considered to be one of the leading amateur riders of his generation, was paralysed after suffering a broken neck after a fall on Galaxy Rock at the 2013 Cheltenham Festival.

McNamara passed away at his home on Monday night, with his family at his bedside.

McNamara enjoyed many of his big-race successes in the colours of Limerick owner JP McManus, riding Rith Dubh to victory in the famous green and gold colours in the 2002 National Hunt Chase at the Cheltenham Festival and partnering Spot Thedifference in the 2005 Cross Country Chase.

McNamara, who enjoyed a close association with Bruree, Co Limerick trainer Enda Bolger, partnered over 600 winners during his decorated career.

Leading trainer Jonjo O’Neill was among those to pay warm tributes to the Limerick jockey today.

O’Neill, who trained McNamara's 2002 National Hunt Chase winner Rith Dubh said: "We're devastated at Jackdaws to hear of the passing of JT, the greatest horseman I've ever known. Our thoughts are with Caroline and family."

Former leading jockey Mick Fitzgerald said: “Very sad hearing the news about John Thomas McNamara. He was a real fighter & just a decent person. May he rest in peace.”

Cheltenham Racecourse also issued a brief statement on its official Twitter feed: “We are saddened to hear of the death of JT McNamara. Our thoughts are with his wife Caroline, his children and all who knew him.”