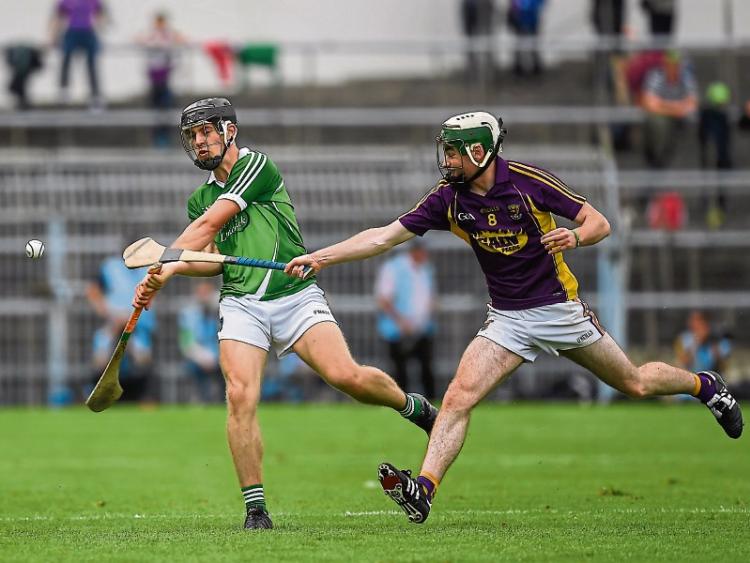 AFTER suffering a heavy defeat against Tipperary in the Munster final, Limerick’s minor hurlers bounced back well, claiming an eight point over Wexford.

The 17-point reversal had the potential to almost be fatal in the damage it did to the players’ confidence, but, to their credit, Limerick bounced back very well.

This was pleasing for manager Pat Donnelly, who will guide the youngsters to Croke Park for an Auguts 7 All-Ireland semi-final meeting with Leinster champions Dublin.

“We’re much happier than the last time I spoke to ye,” he said, referencing the Munster final defeat. “I felt we owed ourselves something after the last day and I feel we got it there today.”

After this 0-17 to 0-9 victory. Donnelly is not getting too far ahead of himself, and he knows that Limerick have to up their performance, should they get any further in the competition.

“Not a brilliant performance, but a workman-like performance. That’s what we needed and that was good enough for us on the day.

“It wasn’t comfortable, Wexford missed chances at crucial times but they put a bit of pressure on us. I think overall we showed in the finish, that we were that bit better than them.”

Limerick were much better in possession than their opponents, a fact backed up by the wide count – Wexford hit 14, Limerick just five.

“That’s what we have been working on. I know, it’s easy say it now, but it’s something we looked on after the last day (against Tipperary).

“(The ball) was coming back to us as quick as we cleared it that day, so today we used more clever and it proved fruitful for us.”

Donnelly made full use of his panel and was quick to make changes to the side. However, he was happy that for the most part, the players performed to a much higher standard than they did the last time out.

“It just doesn’t happen for some lads on the day,” he said. The last day, 12 of the team didn’t show up, today 12 of them probably did and you can compensate for three but you can’t compensate for the others.”

The win also ensures a trip to GAA headquarters for the South Liberties man’s side. Limerick’s semi-final clash with be the curtain-raiser to Kilkenny’s All-Ireland SHC semi-final, so it promises to be a great occasion for the team.

“A trip to Croke Park, it’s a great boost for these lads, they’ve been in the academy for the four or five years and the target is always to get to Croke Park,” he revealed.

While playing in Croke Park is good for the confidence long-term, in the here and now, this victory over a highly-rated Wexford side will do the self-belief of this Limerick team the world of good.