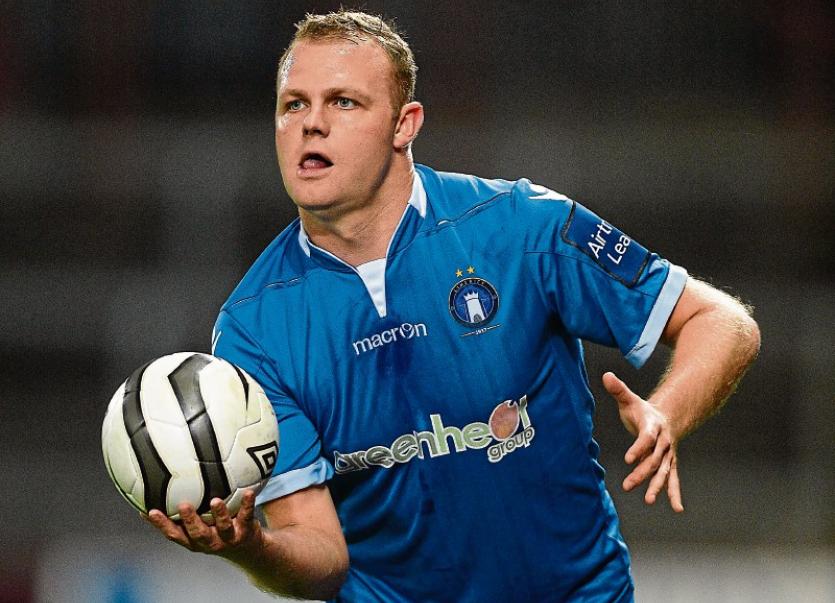 Goals in either half from Aaron Greene and Robbie Williams helped Martin Russell’s side secure their 17th win in 18 league games this season.

The only question now remaining to be answered in the promotion race is what will Limerick secure an automatic return to the Premier Division for next season.

Third-placed UCD can reduce Limerick’s lead to 19 points with victory away to Cobh Ramblers on Saturday evening, however.

The Blues maintained their 1-0 lead to half-time, but it took a fine save from visiting goalkeeper Hall to deny the Midlanders an equaliser after 58 minutes.

Crucially, Limerick doubled their advantage on 63 minutes when Robbie Williams powerfully headed home following a corner on the left.

Next up for Limerick FC is a home fixture with Shelbourne on Friday, July 29, at 7.15pm