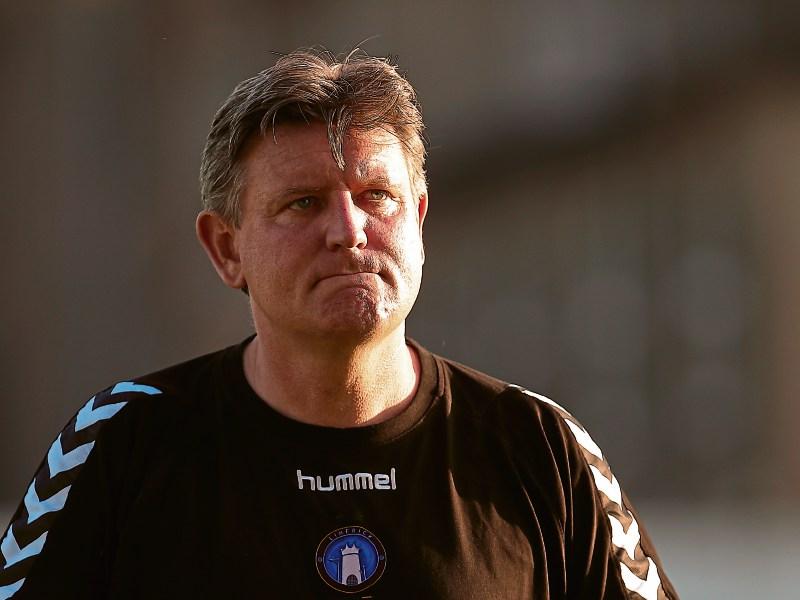 IT’S not the nicest topic, but it's definitely the elephant in the room. Limerick are about to win the First Division. In 2012, they did the same thing.

Pat Scully didn't last long after that. This week, I assess Martin Russell's tenure to date.

Agreeing terms in the summer of 2014, Russell won a game every second week with what was arguably Limerick's most talented squad in the last five years.

Considering the bleeding-in process, that's not the worst return. He helped Limerick get a top half finish. That's credible enough and seemed a positive sign.

The signing of Paul O'Conor in early 2015 seemed to show ambition, but due to financial issues, Martin Russell was forced to rethink his squad composition - piecing together a group of players on a greatly reduced budget.

He didn't complain - he went about his work. This is a positive with Martin from a club's perspective.

He protects his players. I've not heard Russell criticise his side in any press conference I've been to. Players love him for this - but he's extremely stern in the dressing room. This is the ideal balance for managers.

Even in the heat of a relegation battle, he failed to blame his players. This may be tiresome for media at times, but he's a manager and he knows his job.

The football Martin Russell plays gets praise from anyone that goes and watches his teams play. I'm not sure there's many coaches better in an attacking sense in the country. This being said, there has to be a balance.

He's yet to find that balance. Robbie Williams is one of the most talented centre halves in the country.

He's only ever been paired with youngsters, but the problem is schematic. Limerick overload attacking areas in search of goals. This is fine in the First Division, but it doesn't cut it when it comes to top tier football.

I'm not sure you can look too much into this year when assessing the job he's done. Limerick's wage bill is five times higher than anyone else's. They're full-time.

They should be better than everyone else and they are. You can't even call the one draw a minor bump. Granted it was against slightly weaker sides, but they're in an EA Sports Cup semi-final.

How Limerick perform in that may be the best indication you'll get of how Martin Russell handles big games this year.

The only consistent negative with Martin Russell, in my eyes, is his questionable team selection. He likes to stick with winning sides. While this is fine, there are usually better options and Russell doesn't pull the trigger.

Understandably, a side without some notable starters deserves to be rewarded should they still produce the results, but in a season where people need to be enticed to come to the Markets Field, star power is important.

His biggest flaw of all is Conor O'Donnell, the goalkeeper Limerick started last season with.

This column wouldn't be written right now had Martin Russell dropped Conor O'Donnell after any of his 16 poor performances.

Limerick would be in the Premier Division and Russell would either be the long-term man or have been replaced by now. Instead, that question has been suspended and will be answered at a later date.

Going forward, Martin Russell is a terrific coach and a good man-manager but has yet to show he can contain teams. This needs to be addressed.

He's done enough to justify him not receiving the Pat Scully treatment and he’ll lead them back to the top flight next season.

But unless there's a stronger defensive showing upon return to the Premier Division, Limerick may look elsewhere in July of next year.