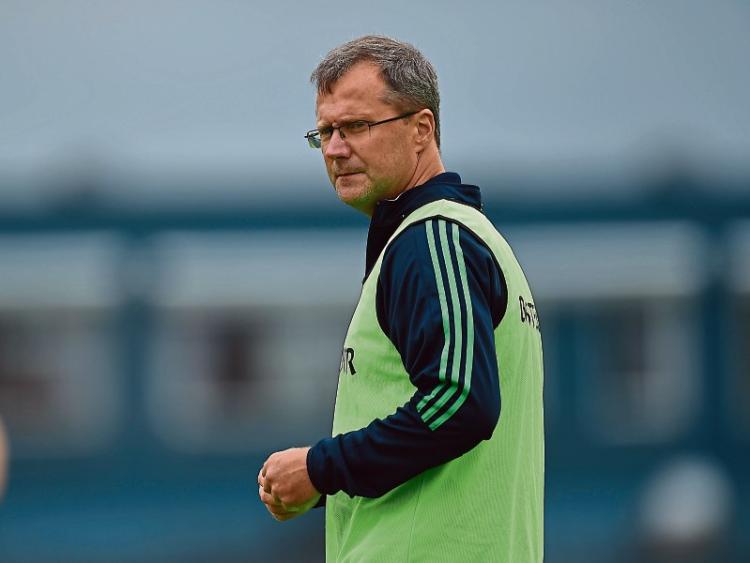 “Cork very rarely lose to one of the so-called weaker counties in Munster so we will be expecting a backlash,” said Brudair this week.

The Munster rivals meet in Thurles (3.00) in the first of Saturday’s trio of inter-county fixtures. The game was due to be played in Pairc Ui Rinn but Cork agreed to the change to facilitate supporters.

”I suppose the change would be an advantage to us because we are not going to Cork but all grounds now are pretty much the same. It probably evens it up a little,” said the Limerick manager.

”It is going to be a massive task but one that we are ready for and looking forward to,” said the Dromcollogher-Broadford man.

Limerick travel to Semple Stadium on the back of a first win in almost 15-months when beating Antrim in Belfast.

”They are in great form after the win – a win always help,” said Brudair of the win which ended a run of 12 games without success.

”To be fair they were in great form for the four or five weeks before the Clare game but since then a few good challenge games were good and then of course nothing beats a championship win.”

But Limerick are 14/1 outsiders to follow Tipperary’s lead and defeat Cork.

”We know Cork and we know what way they will hope to play but we have to focus on ourselves.”

Early scores in Belfast provided the platform and confidence for victory and Brudair wants a repeat.

Limerick are selecting from the same panel that beat Antrim, albeit with Paul White back in contention. It is also hoped that captain Iain Corbett will be ready for a greater role – he made his return, as a late substitute, from a long injury lay-off in the win over Antrim.

The winner of Saturday’s game will be into the round three draw on Monday morning for a fixture on July 16/17 against another of the round two winners – Mayo/Fermanagh, Monaghan/Longford or Kildare/Offaly.