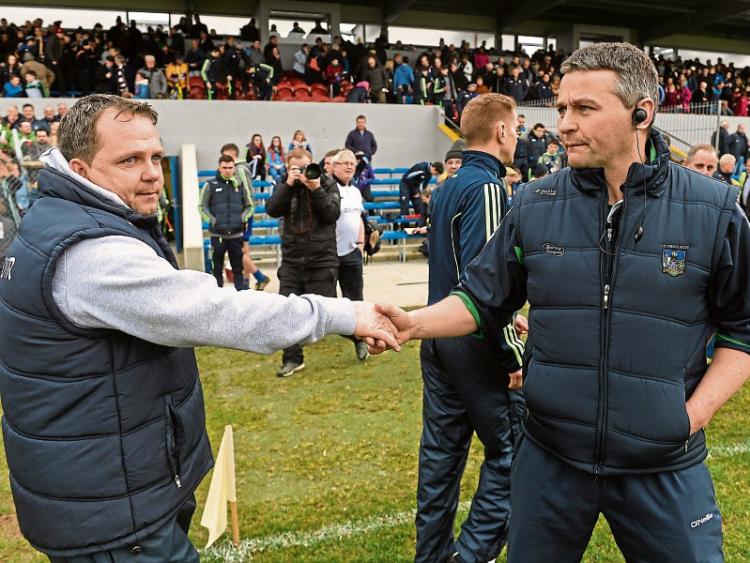 TJ RYAN’S definition of progress for his Limerick senior hurlers is straight forward – beating Clare on Saturday in Thurles.

“We are always looking for progress and that would be winning on Saturday,” outlined Ryan ahead of the All Ireland SHC round two qualifier.

“This is a great opportunity for us to get back to where we want to be - in a quarter final,” said the Limerick manager in reference to last Summer’s pre quarter final exit at the hands of Dublin.

“It’s a local derby in knockout championship. It’s a big challenge because they are one of the favourites for the All Ireland but it’s also a big opportunity for us to win,” said Ryan ahead of his 11th championship game as Limerick manager. His record stands at five wins and five defeats.

“This is knockout hurling and all games at this stage of the championship are difficult,” said Ryan of the draw that pitted the Shannonside rivals together, rather than ties with Wexford or Cork.

Saturday will be the third meeting this season between Limerick and Clare.

“We’d like to get one over on them for the league definitely - things didn’t go our way in that game but also our second half wasn’t good enough,” accepted Ryan.

”Maybe it was a little bit of a mental thing,” he said of second half collapses.

But he felt the Mullingar win saw his side turn a corner.

”Last Sunday the second half was controlled and confident,” said Ryan.

For Thurles on Saturday?

”We have to go and take the game to them,” he stressed.

“People might look for high octane championship matches and that is a big part of the Limerick game but you also needed to be controlled,” he outlined.

He felt some reports of the Westmeath game were “overly negative”.

“I think the performance was controlled and confident”.

He explained: “I was quite happy - look at the second half and we scored 15-points, had seven wides, had three balls into the keeper’s hands and conceded five points and all that with 14-men! Maybe people were expecting us to add three or four more goals but Westmeath are a decent team and remember they had beaten Offay, Kerry and Carlow”.