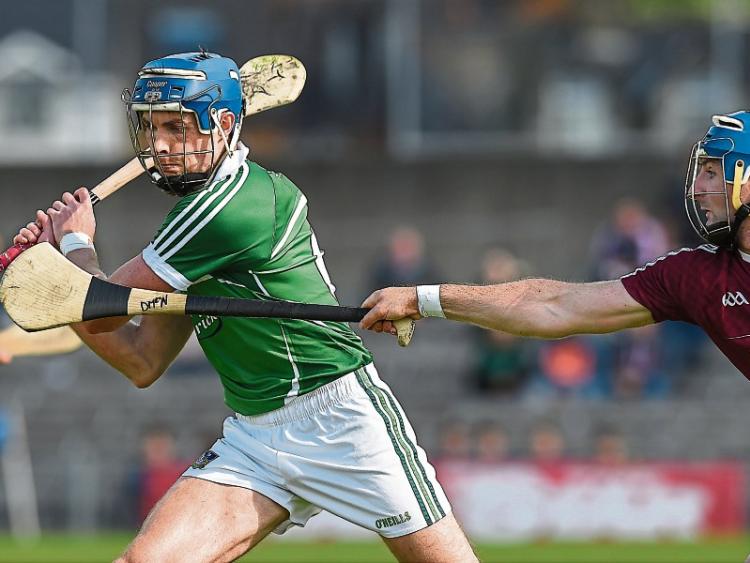 THE Limerick senior hurlers got back to winning ways this Saturday afternoon with a 1-24 to 0-18 win over Westmeath in round one of the All Ireland SHC Qualifiers.

The result means Limerick will be in the draw on Monday morning for round two, which takes place next Saturday, July 9 against another of the round one winners.

The win in Mullingar came despite playing the entire second half with 14-men after the red card for corner back Seanie O’Brien in the game’s 29th minute.

Limerick were sluggish at times but did work hard in Cusack Park and despite the numerical disadvantage controlled much of the second half.

Shane Dowling ended with 14-points for TJ Ryan’s men in a game played in front of 2,387 in the midlands.

Limerick won the toss and opted to play against the breeze and it was Westmeath that led 0-13 to 1-9 at half time.

TJ Ryan’s Limerick had started well and were 0-6 to 0-1 ahead after nine minutes with Kevin Downes, Declan Hannon (2) and Shane Dowling all on the mark from play.

But then Westmeath powered into the game with six scores unanswered.

That had the home side 0-7 to 0-6 ahead, albeit Barry Nash and Paul Browne had gone close to Limerick goals.

Thirteen minutes without a Limerick score ended when Hannon had his third of the outing.

Then in the 25th minute came the Limerick goal with Graeme Mulcahy finishing after Dowling and Hannon had intercepted a short puckout. Barry Nash shot for goal and Mulcahy was on hand to scoop the ball to the net to move Limerick 1-8 to 0-7 clear.

But the Westmeath response was impressive with another run of scores – this time five successive points.

Crucially this period saw Seanie O’Brien shown a red card. The incident came in the 29th minute for a late chop on Westmeath’s Cormac Boyle as he shot for goal.

Shane Dowling replied with a free – Limerick’s only point of the final 10-minutes.

It fell to Westmeath captain Aonghus Clarke to ensure they had the half time lead 0-13 to 1-9.

But credit Limerick they dominated most of the second half and were comfortable winners in the end.

The lead was wrestled back within six minutes of the restart with Dowling (free) and James Ryan on the mark.

Free-taker Niall O’Brien ended with 11-points for Westmeath and he replied but Kevin Downes, Darragh O’Donovan and Paul Browne all found the range from play to move Limerick 1-16 to 0-14 ahead at the mid-point of the half.

But crucially Westmeath missed a penalty in the 12th minute of the half. Richie English fouled Darragh Egerton but Brendan Murtagh crashed his penalty wide for a let-off.

With 10-minutes to play Limerick were 1-19 to 0-16 ahead but then came a late Westmeath charge and soon the lead was down to four points and too close for comfort.

Limerick found a late gear change and points from play from Dowling, Downes and David Reidy sealed the win.