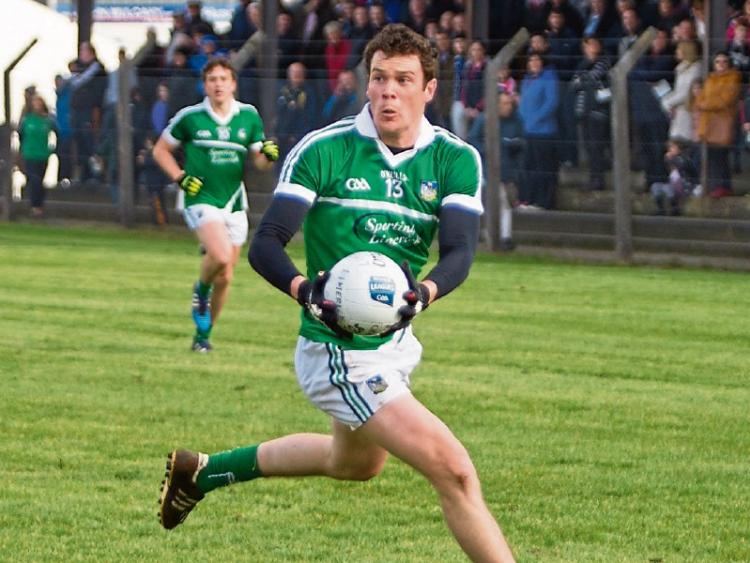 LIMERICK marksman Ian Ryan is now just outside the top five of the all-time scorers in the All Ireland SFC Qualifiers.

The St Senans man captained Limerick in Saturday’s win over Antrim and in a tight low scoring encounter the full forward came up trumps with 1-2.

Ryan is now just behind Tyrone’s Sean Cavanagh and hot on the heels of Armagh’s Steven McDonnell.

Ryan’s tally currently stands at 5-58 in the Limerick colours in qualifier games.

On Saturday Ryan scored one of the two early goals.

“The goals allowed us to settle into the game. We were down two points after two minutes and we got the next 2-1 - for us that allowed everyone time to think we have a chance to win here and gave us belief in ourselves and perked us up a bit,” he explained.

After playing against the breeze in the opening half Limerick were 2-2 to 0-6 ahead at half time.

But they never pushed forward in the second half.

“We made hard work for ourselves in that second half. We are not used to winning games and maybe we panicked a small bit and went into our shell. If we played like we did in the first half against the breeze we definitely could have pushed on. We definitely made life hard for ourselves,” recalled Ryan.

“When you are not used to winning you just need that bit of luck to get over the line and we did just fall over the line towards the end.”

But he is content the win will stand to Limerick.

“Fair play to all the lads - there were some great performances throughout, especially some of the younger lads who stood up in the backs and drove it on. There is a great buzz back in the dressing room again which is fantastic because we have been lacking that.”