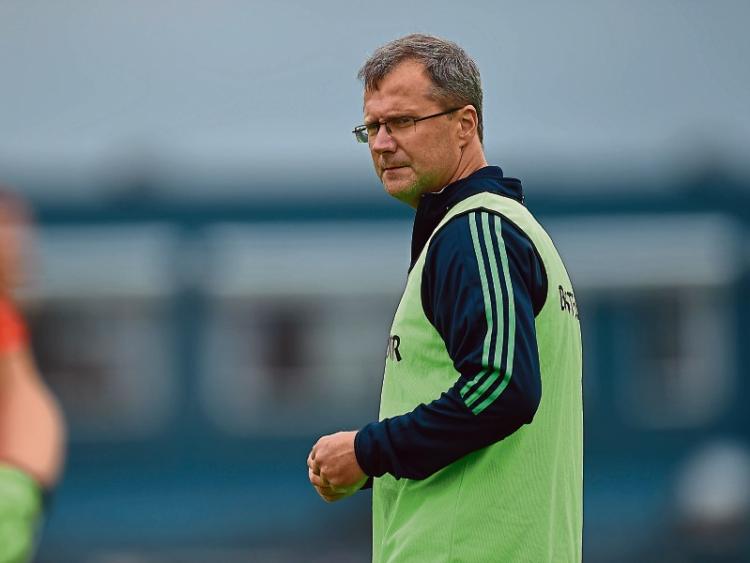 JOHN Brudair has praised his Limerick footballers’ refusal to “run away and hide” amid their run of 12 games without a win.

Limerick ended an almost 15-month wait for success on Saturday with the All Ireland SFC Qualifier win over Antrim in Belfast and team manager Brudair was full of praise for his young side.

“After the Clare game we knew that we could have packed up our bags for the season and especially with some withdrawals from the squad but it’s been brilliant and lads really knuckled down. Their attitude was absolutely brilliant and I am delighted they got this result,” beamed Brudair outside the Limerick dressing room.

“It would have been easy to run away and hide, especially when we had to come up north but we got the result. I know it wasn’t pretty but we got the win,” he said.

“No one likes losing - everyone is playing because they are competitive and everybody gets involved in GAA because we want to win. It wasn’t lost on our that we hadn’t won since the start of the year,” explained the Limerick manager.

“I just hope the younger lads keep learning and improving.”

He explained:  “What we are hoping is that the character that the likes of Johnny McCarthy, Seanie Buckley and Pa Ranahan and all those lads have, will rub off on the younger lads in the team and realise that this is what you need to do to perform at this level”.

“Sometimes you need an extra bit to get over the line - look at the three adult teams from Limerick in the Munster championship, senior, junior and U-21 and we lost the three games by a combined total of five or six points and that means we are not being hammered by anybody but sometimes you need luck to get over the line and a bit more positivity would help too,” said Brudair.

“The season could have panned out so differently if the first couple of league game had gone our way but they didn’t,” he said, referencing the seven league games without a win and which ended with relegation to the basement division for 2017.

“It’s not as if we were being kicked out the gate - this is a very honest bunch of lads and what we need is the 10 fellas who aren’t committed to Limerick football and then we would have strong competition for places. The reality is that if we had those 10 lads there would be no fear of us,” he said of absentees.

But Brudair reserved special praise for those who remain involved.

“Everyone of them put in some massive hits and had some really touch-tight marking and I thought Donal was excellent in goals. Overall I have to be very happy the way everything panned out.”