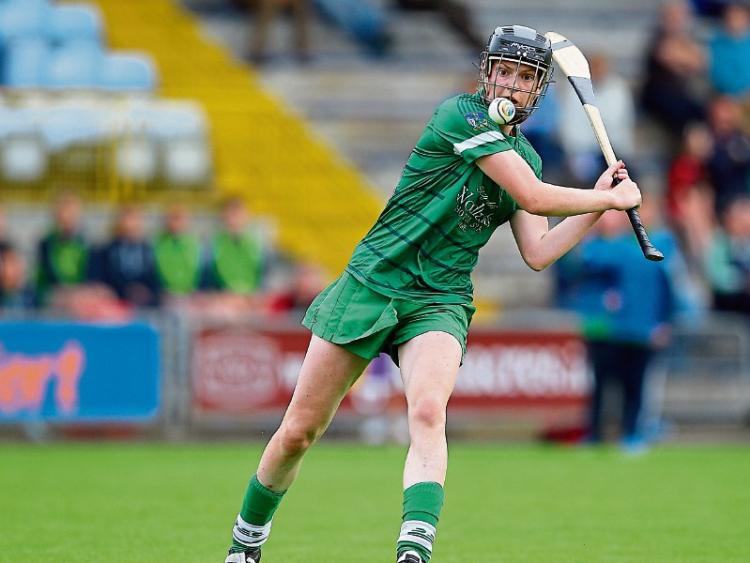 AN OUTSTANDING performance from Niamh Mulcahy led Limerick to their first win in the All-Ireland camogie championship as they were beat Waterford 2-14 to 1-8 in Kilmallock on Saturday.

The Ahane women ended the game with a personal tally of 0-13 as John Touhy’s side recovered from a first round defeat in Wexford to inflict a second loss on the bounce to the Deise.

Despite the comfortable margin of victory in the end, it wasn’t all one-way traffic as the visitors got off to a fast start in Kilmallock. Waterford led 1-6 to 0-3 after 25 minutes but Limerick managed to turn it around before the break – thanks to two goals from Cliona Lane.

“We were up against it in the first half,” admitted manager John Tuohy. “We got two very good goals there towards the end of the half to put us a point up at half time.

“Waterford had done all the hard work with the breeze and they looked dangerous at times. The two goals before half time was key that set us on our way.”

The first of Lane’s two majors came after good work from Caoimhe Costelloe made space for her Adare team-mate to reduce the deficit to 1-6 to 1-3.

Costelloe got a point herself before Lane’s second goal gave Limerick the interval lead. The second goal will have infuriated Deise boss Don McMahon as goalkeeper Tracey Kiely had time to clear the ball before dis-possessed and giving Lane an easy finish.

Those late goals gave Limerick a one point advantage heading into the break despite having played into a stiff wind. This was a good effort for Touhy’s side, despite their sluggish start.

“The breeze was massive here in Kilmallock and it was always going to have a huge bearing on the game, it was always going to be a game of two halves,” the manager admitted. “We expected them to defend deep and they did and then they got a run on us. They got a lot of frees in the first half and put them over and got the goal which gave them a bit of momentum but in fairness the girls dug in deep there before half time and worked the goals very, very well.”

After conceding 3-17 the previous week in Wexford Park, the Limerick defence were very impressive in this victory. Rebecca Delee, who was returning from injury, as well as Niamh Richardson put in great shifts in the half-back line.

“I said it to the girls, I thought the six backs were superb and out two midfielders tucking in in front of them worked tirelessly with the blocking and hooking that put pressure on them,” Tuohy said after the game, where Limerick only conceded 0-2 in the second half.

It was a second period where Limerick scored 0-10 – with every point coming from the remarkable Mulcahy. Her class was shown in the 33rd minute when she pointed from an acute angle. This was quickly followed by good strike from distance after winning possession from the resultant puck-out. Her free-taking was also un-erring in the second half as was Limerick’s accuracy in general – they hit only four wides over the course of the hour.

Waterford had no answer for the Mulcahy onslaught in the second half as their challenge faded badly after the break .